Guwahati-based advocate Sheikh Shahnawaz Mohammad is using social media to demystify the complex clauses of the law to make the common man understand it in the simplest possible terms.

Shahnawaz addresses the common problem of the abject lack of knowledge of the law and different provisions among the litigants that at times lead to miscarriage or delayed justice and at times make them spend enormous sums on court cases.

Speaking to Awaz-The Voice, Shahnawaz Mohammad said: "For many years, I have seen that many people get scared of small things related to law. They are afraid because they don't know the law. I thought I would make videos and tell people about things they don't know. I started making videos and posted on social media and then took a break."

"It's nice to see that my videos are of help to the people as many benefitted from watching these. For instance, one day a policeman snatched the bike keys of one of my brothers for no reason. He had seen a video of mine and remembered what to do in such a situation. He told the policeman that he hasn’t committed a crime and the cop has no power to seize his bike keys.”

He also showed Shanawaz’s video to the Traffic policeman and he got his keys back in no time.

Sheikh Shahnawaz Mohammad passed and has studied in local schools. He told that he always dreamed of becoming a lawyer. His father also supported him and ended up completing his law degree from NEF Law College, Guwahati.

In the first semester when Shahnawaz developed cold feet about pursuing his degree and wanted to leave, his father encouraged me to continue. 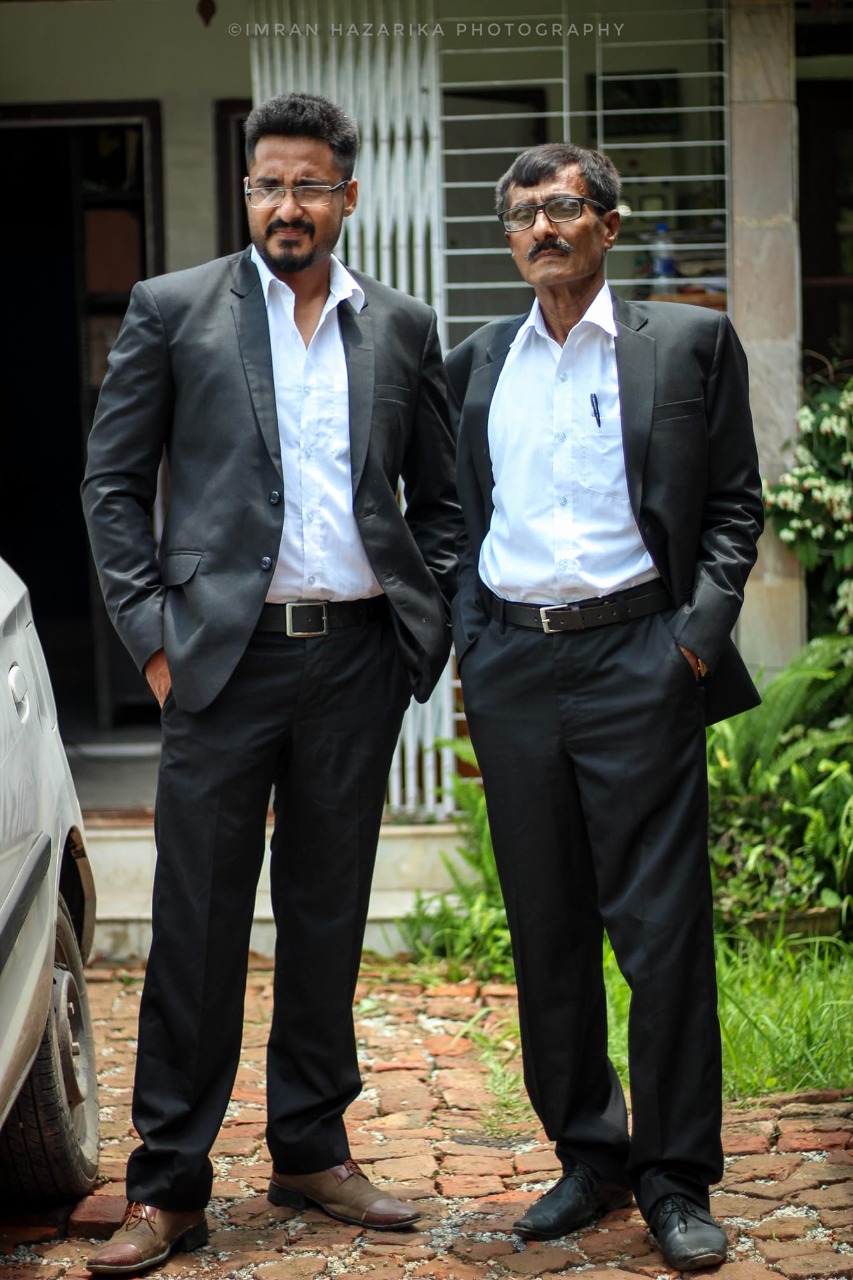 Sheikh Shahnawaz Mohammad with his father

Advocate Sheikh Shahnawaz Mohammad is not keen to make money from his social media videos. “I don't make videos on social media to earn money. I make videos to help common people with my work. When I know that my videos have helped people, it makes me feel happy," he said.

In addition to posting videos on social media, the lawyer also enjoys helping litigants in person.

Referring to the increasing divorces in society he said: "Earlier, most women used to be homemakers. But, now most women work in some way or the other and thus are empowered and enlightened. So, women have become aware of their rights. Earlier, most of the women were kept as subordinates to the men. In an ideal home, there should be mutual love and respect. Whenever the husband or wife starts to think he/she is superior, the chances of divorce increase.”

Speaking about the age-old tradition of brotherhood between Hindus and Muslims in Assam, Shahnawaz said, "Anti-social elements exist everywhere, but if we listen to those people, we cannot move forward. In the past, whenever there was a festival, we had no idea as to which faith it belonged. We used to celebrate all the festivals such as Eid, Diwali, and Durga Puja. We should not listen to those who are trying to divide Hindus and Muslims. If we pay heed to those elements, our progress will cease. We won’t be able to move forward.”