In continuation of Azadi Ka Amrit Mahotsav, veteran poet, lyricist and filmmaker Gulzar would be seen donning the cap of a narrator for the musical drama called "Parvaaz Ka Aghaz", a play on the life and times of former Indian President APJ Abdul Kalam.

The play is slated to be performed at Siri Fort Auditorium, New Delhi on 2nd September from 6:30 pm onwards.

Earlier the students of Dainik Bhaskar Group's Sanskar Valley School, Bhopal, had presented the musical drama at National Center for Performing Arts-Tata Theatre, Mumbai. It has a crew and cast of around 66 artists. 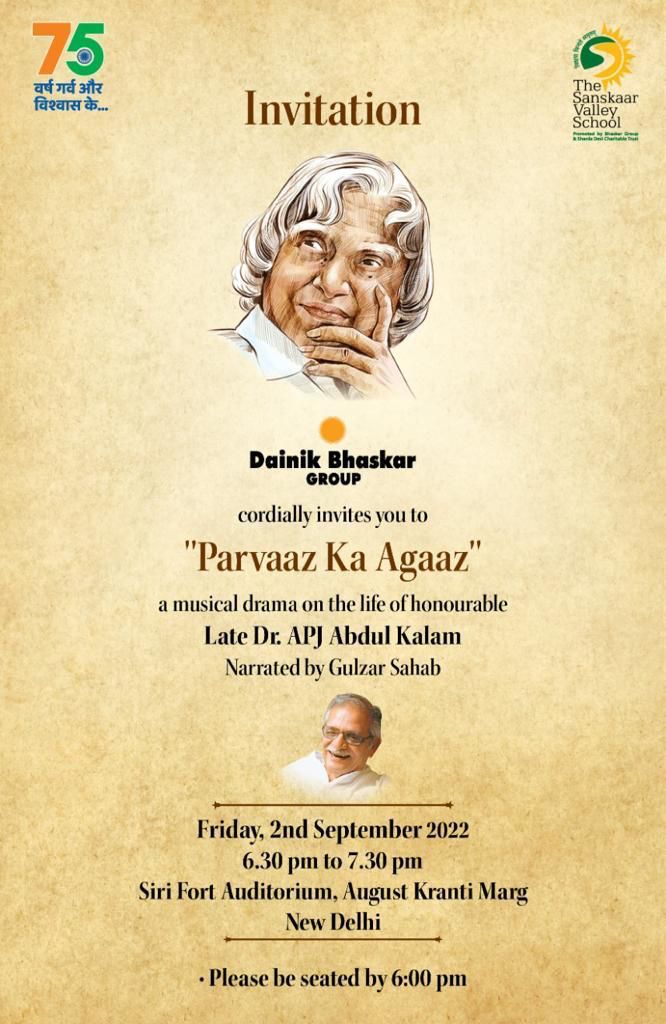 The script of the play is written by Gulzar while the music is composed by Shantanu Moitra.

This play is an effort by Gulzar to spread awareness among the youth thereby inspiring them to create a niche in their respective fileds.

For the unversed Gulzar is a reknowned name in the film industry. Born on 18th August, 1934, in modern day Pakistan's Dina, his family moved to India after partition.

On work front he has won several national awards for films like Mausam (direction), Koshish (screenplay) and Maachis (direction). He has also won National award as the best lyricist for the song, ‘Mera kuch'.