At Wadi Jn. fasting and hungry are served food for sehri In the thick darkness, Wadi Railway station located on the border of Maharashtra and Karnataka is the scene of a heartwarming action by a voluntary group – they seek men, women, and children travelers who might need early morning meals – sehri – during the ongoing month of Ramazan.

As soon as the train enters the station in the pre-dawn hours, the passengers traveling in it are alerted by the loud shouts. The noise breaks the thick silence of the night: "Rozdar ke liye sehri ka intzaam hai, bhai." (Foor is available for the fasting Muslims). They alert the Muslim passengers who are fasting and may require the food before the sunrise and a mandatory deadline to observe the day-long fasting. 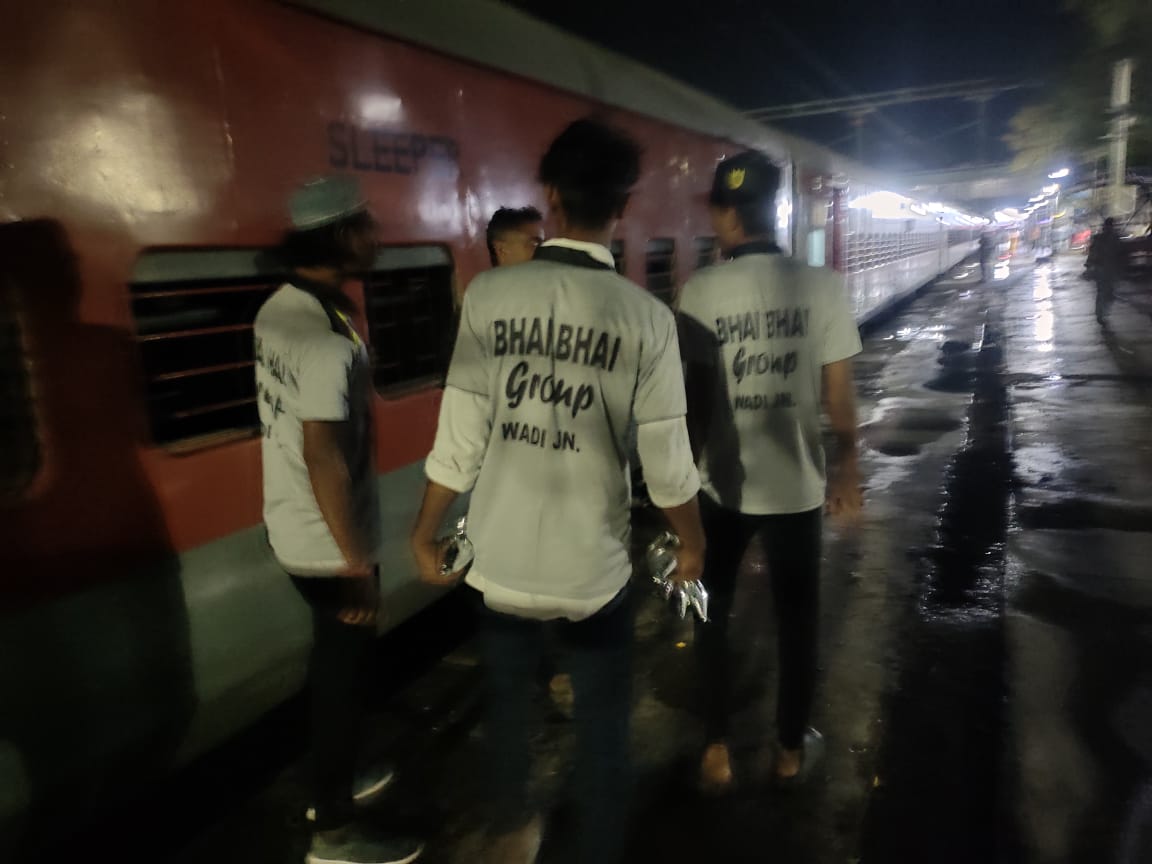 As soon as the train comes to a halt several young men carrying a lot of food packets in the baskets start delivering food not only to the passengers on the platform but also to those sitting on the train.

The young volunteers keep reminding the rozadar that “the time of sehri is not over yet” and they must eat it quickly to observe the deadline for starting.

All the volunteers are wearing T-shirts with Ramzan Mubarak embossed on them on the front side. The volunteers are from "Bhai-Bhai Group" and that slogan too is printed on their T-shirt on the backside for easy identification. One can thus see a lot of people calling Bhai Bhai, to ask for food. 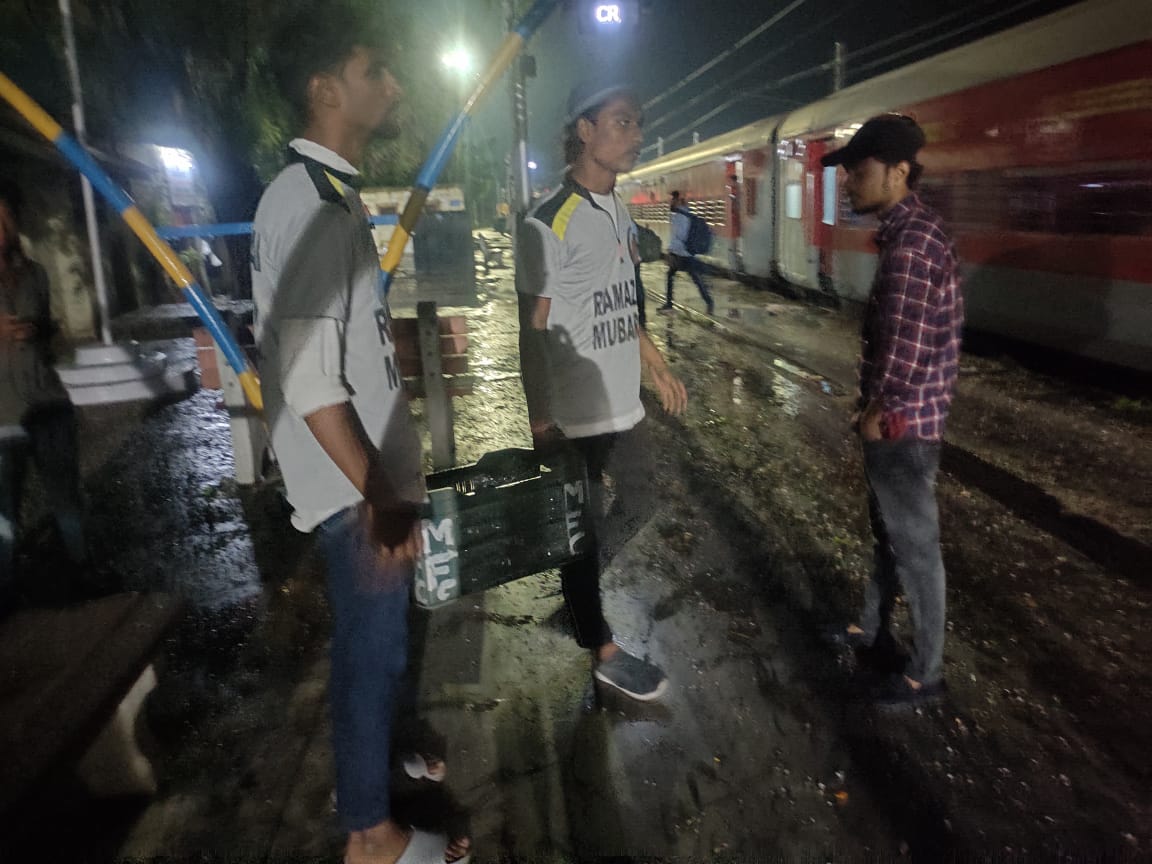 The Wadi station is the stop for at least 22 tarins at the night. Since at this time, all the food stalls are closed, the Bhai-Bhai group has volunteered to help those who might need it. The group has been active for five years. Many Muslims who are fasting and traveling sometimes have to go ahead with a fast on empty stomach.

The team is headed by Mohammad Irfan and Shamsher Ahmed. The food packets are not only meant for fasting Muslims but even for the daily wager workers working on the Railways and others who ask for it.

A volunteer serving to a beggar on the platform

The group also arranges and serves Sehri for the truck drivers. Shamsher Ahmed told Awaz-the voice that the group’s aim is that no rozadar passing by us should have to fast without Sehri.

The group comprises people of all religions and faiths. Irappa Natekar, who is not a Muslim, has been a part of the Bhai Bhai Group since its inception. He says that the happiness that comes in arranging Sehri for the people cannot be expressed in words.

The volunteers seek those needing food

Muhammad Irfan said that the Bhai Bhai group tries to reach as many people as possible in the happy month of Ramazan. “We also take care that we can reach those who need food.”

Seeing these youths trying to reach out to people with food for Sehri with enthusiasm and zeal one is reminded of this thought of Officer Meeruthi:  Jaisa mera desh hai, Afsar, Aisa koi desh nahin. (Afsar, there is no country quite like my country).