Farhan Ali of Don Bosco School Panbazar, Guwahati, is a swimmer, a cager, cyclist, and rower at the same time. His passion for sports saw Farhan win a bronze medal in the recently concluded 23rd Sub-Junior National Rowing Championships at Dal Lake in Srinagarm, Kashmir.

The 13-year-old Class VIII student clocked 1:58.50 minutes in the under-15 single scull 500-meter rowing event to claim the bronze. It’s his first medal at the national level.

Another Assam girl Debashmita Kashyap bagged a silver in 500 m single scull, while the pair of Jessica Basumatari and Ayushri Gayan lifted a bronze in under-13, 500 m double scull in the same championships. 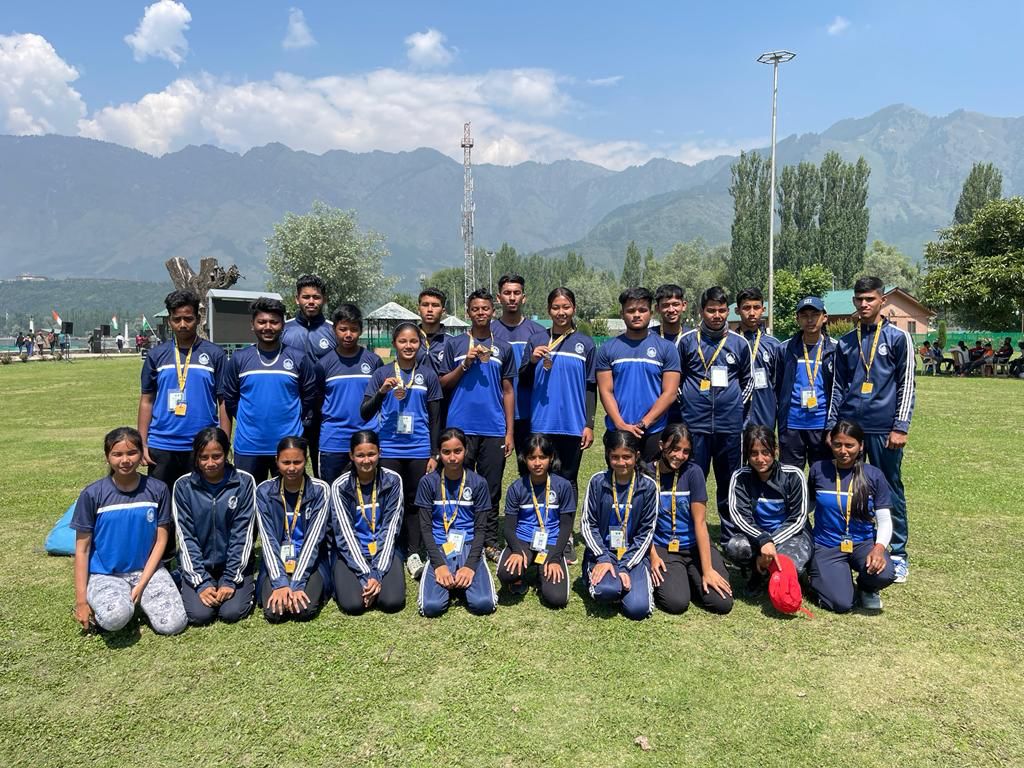 This was announced by the Assam Boat Racing and Rowing Association general secretary, Nababuddin Ahmed.

“It is a great feeling to have achieved something near my goal. I was trying for it for a long time. I hoped to win a gold, but the bronze is even more motivational for me. I’ll go for the gold next time. I’ll work harder henceforth,” Farhan told Awaz-the Voice on phone from Srinagar.

Despite the best efforts of his parents Ismail Ali, a national-level dirt biker, and Prachee Hannan of Kharghuli here, Farhan was poor in his growth and fitness till about a year ago. It was seen as a major impediment in his career.

“However, I took the extra initiative of grooming him physically as a sportsman over the past couple of years. I started taking extra care of his nutrition and strength conditioning. I started taking him to the gym and other conditioning facilities. And, it bore fruit within a year. He started growing taller and now he is 5 ft 8 inches at the age of 13 which is helping him in his sport. He has also lost the extra amount of fat which used to take its toll on his endurance,” mother Prachee Hannan told Awaz-the Voice. 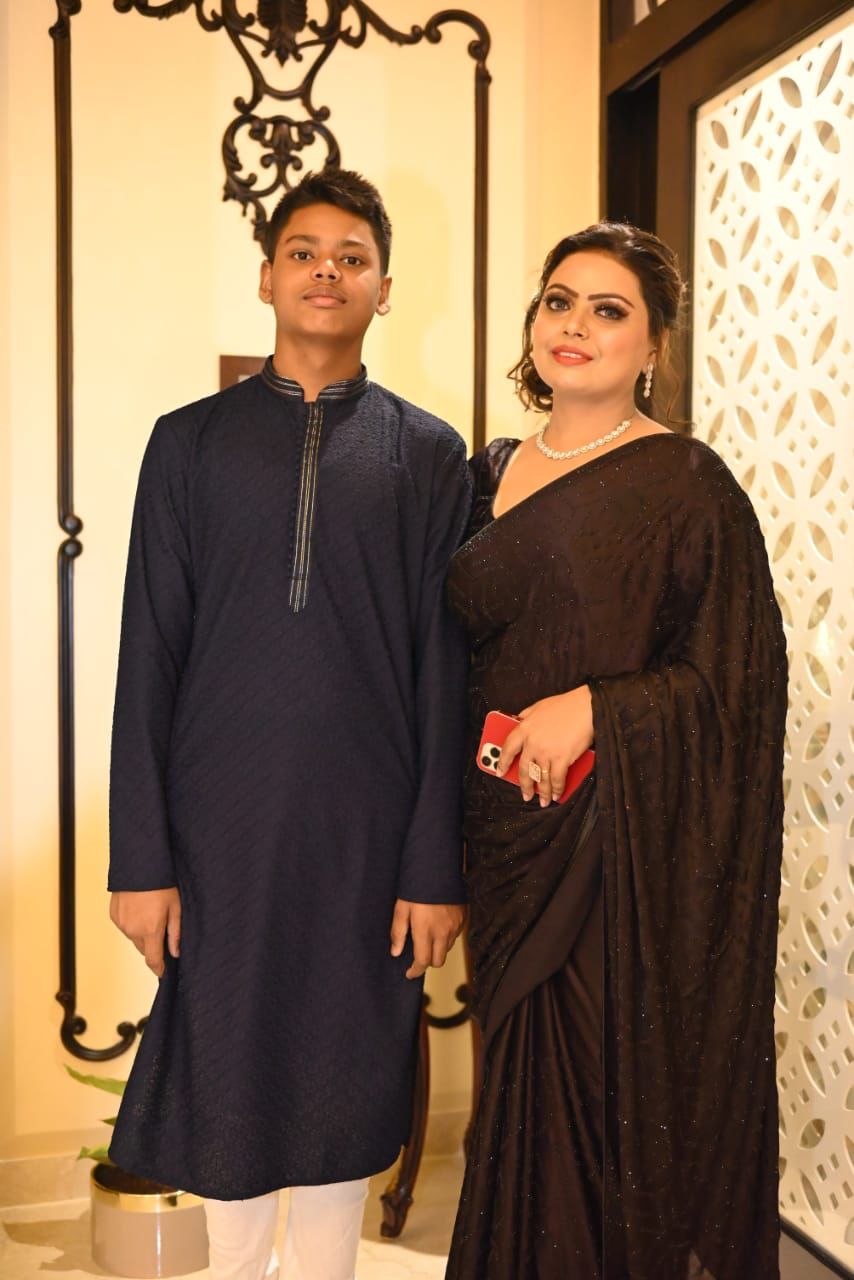 On Farhan’s sporting career, she said: “He was originally a swimmer, training at the BP Chaliha Swimming Pool. He did well in the Sports Authority of India talent search trials. However, in swimming, it appeared he was left with hardly any time to study. He used to be worried about his studies. Then I started looking for options and found that rowing is one sport where he fits in at ease.”

Farhan started rowing at the Dighalipukhuri coaching center six years ago under the national coach Soma Baruah. Farhan was also trained by Chiranjit Phukan. “As his physical fitness improved, everybody started looking up to him for some good results and he has achieved something this time,” his mother said.

When asked if sports were helping in his studies or otherwise, Farhan said: “Sports helps me in developing my winner mindset. It helps me with a stronger concentration level. Competitive sports always give birth to a killer instinct and so is my case be it in sports or my studies.” 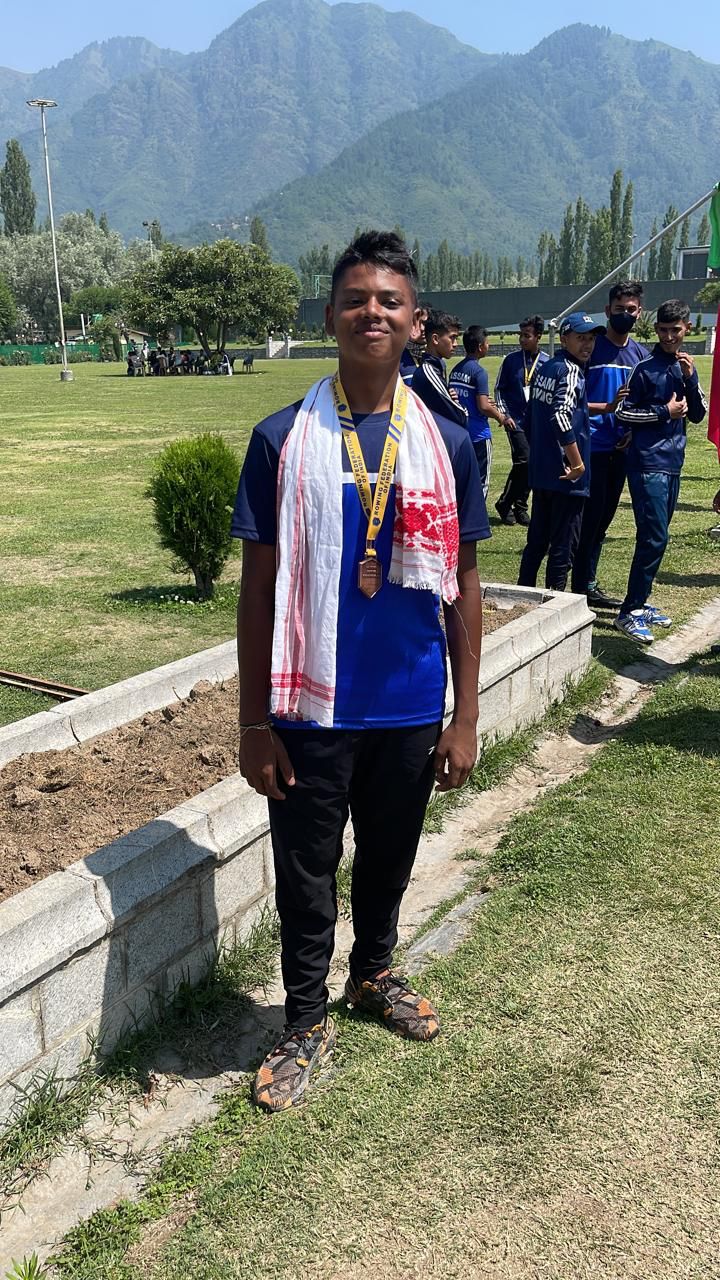 Farhan Ali after winning the bronze

According to his mother, Farhan’s biggest asset is his obedience and discipline. “He would never refuse to obey any of our suggestions or decisions. He is obedient. When I decided that he should quit swimming and join rowing, he did not even question me for a reason,” she said.

Prachee Hannan said Farhan is also interested in swimming, cycling, and basketball too. “He loves long-distance cycling. He often goes on expeditions to the suburbs of Guwahati,” she said.

Farhan is equally brilliant in studies as well, his school teachers said, congratulating the youngster for his achievement.