Hyderabadi Haleem is ready to be served during Ramazan 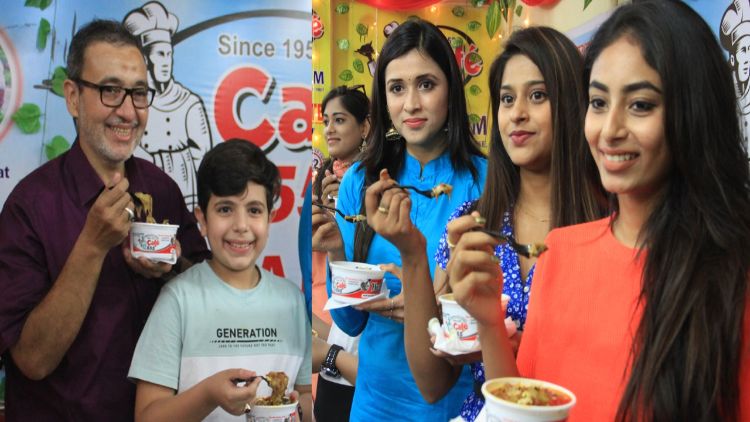 Come the holy month of Ramazan and there is no way Haleem will not be discussed in Hyderabad, the first city that has adapted this popular Arabic popular dish to Indian cuisine and tastes.

Haleem is a stew composed of meat, lentils and pounded wheat made into a thick paste along with spices of the right variety and the right quantity.

The dish was introduced to the Hyderabad State by the Chaush people during the rule of the Nizams. The skill of local cooks to use the homegrown spices helped in creating a unique Haleem that soon became part of the Deccan’s cuisine and became popular in the 19th century.

Though Hyderabadi haleem is the traditional main dish served at weddings and other social celebrations, it’s in high demand during the month of Ramazan for Iftar (the evening meal that breaks the day-long fast).

It’s rich in carbohydrates and proteins and that makes it an ideal dish after a long day of fasting; it's a wholesome meal and gives instant energy.

In recognition of its cultural significance and popularity, it was granted Geographical Indication status (GIS) in 2010 making it the first non-vegetarian dish in India to receive this status. Haleem, though, has different versions in Kolkata and Delhi as well.

In view of Ramazan, arrangements have been made to supply Café 555 Mehleem in Hyderabad, which will continue till May 20

Indian Muslim History’s Twitter handle also reminds people about Haleem. Recently, a tweet on this said the people of Delhi and Kolkata also relish it.

On this occasion, the managing director of the café, Ali Reza, said that special arrangements have been made to serve Haleem in Cafe 555 from the first day of Ramazan.

He said all care is being taken to prepare Haleem in a safe and a hygienic environment without compromising with its flavour and quality.

The café has been conferred with many awards for Haleem in the past.

In view of Ramazan, arrangements have been made to sanitize the entire restaurant 6 times a day. Also, a temperature check has been arranged on the body of the cook, the helper and the delivery boy every two hours.