The serenity of Lurukihat's pastoral ambiance is matched by the peace and harmony that binds its residents. Here a mixed community of Hindus and Muslims live as one, each partaking in the others’ festivities without restraint.

Rubul Ahmed, of Lurukihat, Morongi block, Golaghat district, said that his daughter, Rujuwana Ahmed who studies in 6th standard in Morongi Sishu Bhawan, danced the Sattriya and Krishna nritya in the local Namghar.

Rujuwana had been learning Sattriya dance from the Sada Hazarika for two years before the pandemic brought life to a sudden halt. 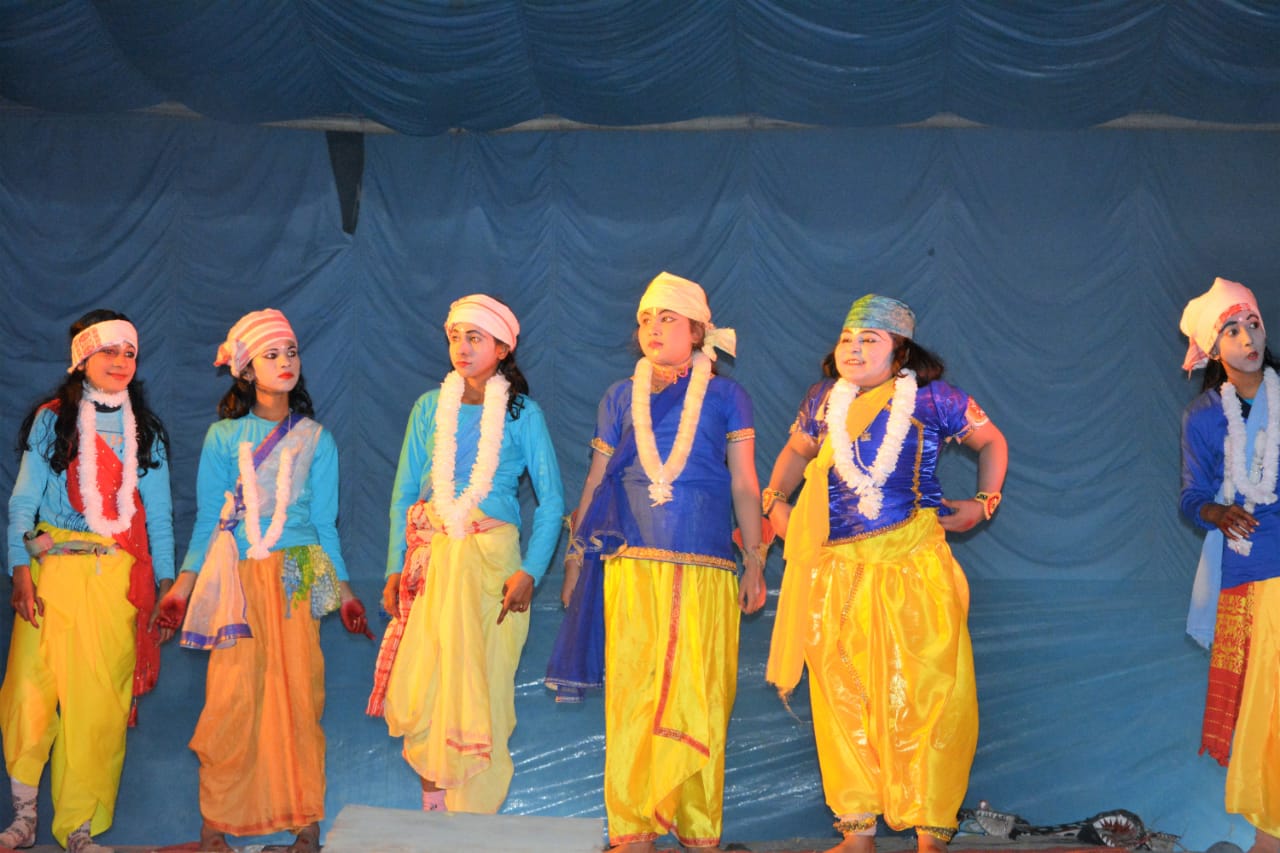 “Once Rujuwana played Baloram, Krishna's brother, in Shri Krishna Raaslila in 2019. My friend Aman Ali had essayed the role of a sentry guarding Krishna’s parents Devaki and Vasudev in prison," Ahmed said.

He said that several girls of the Muslim community also took part in nrityas during the Raaslila. 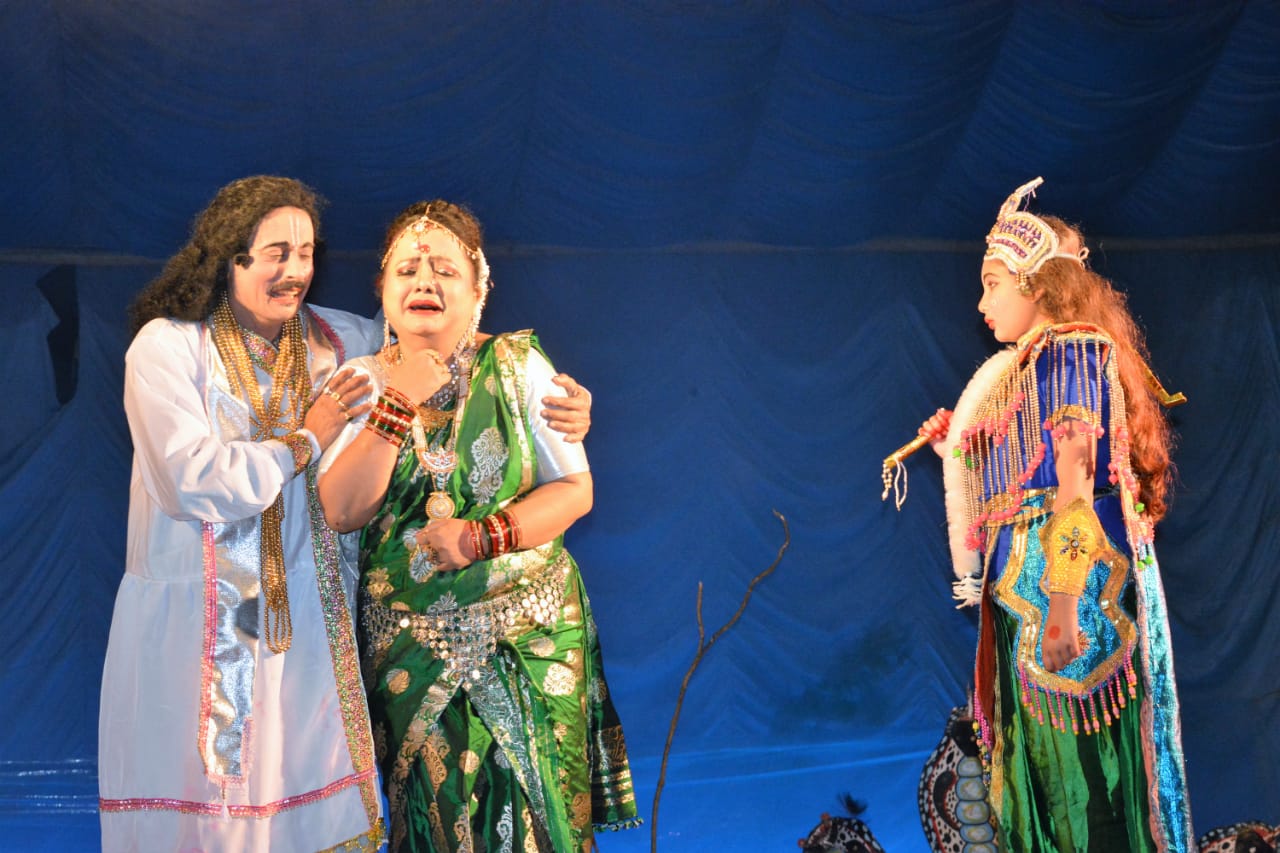 "Our Maulana and we everyone participate in the hoisting of the dharma dhwaj (a flag) at the start of recital of the Abirat Srimad Bhagawad Gita in naamghars and also light earthen lamps. The naamghar priests also welcome us with open arms," he said.

"On the Bihu festivities and Idds, everyone visits each other’s houses. We do not consider Bihu as a Hindu-only festival. These are part of Assam's culture and as an Assamese, Bihu is also a part of our culture. During the Kaati Bihu my wife, Salima lights an earthen lamp in the paddy field, as do the others," he added.

Rabul Ahmed had helped women set up Sampreeti (Harmony), a self-help group 10 years ago. It has both Hindus and Muslims.

Ahmed said it has become a tradition for the group members to feast on a special occasion at one place. Their families also join them. It turned out to be like a picnic. 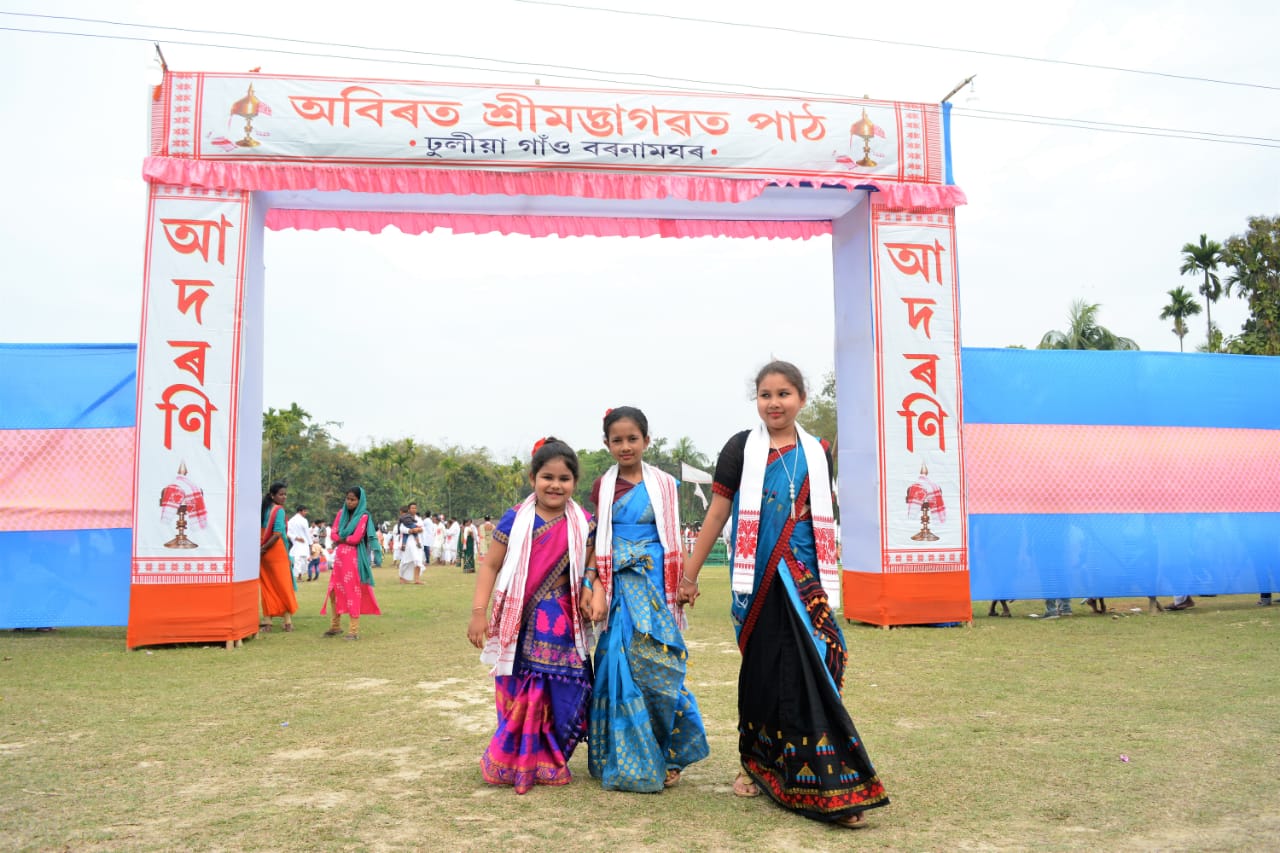 On such a day Meena Tamuly, Manakhi Tamuly, Urmila Saikia, Minakshi Tamuly and Anu Mahanta bond in those barren fields with Salima Ahmed, Rukaya Begum, Monija Begum, Mofida Begum, and Runima Begum can be seen cooking and serving the local delicacies to everyone.

Ahmed feels that Muslim orthodoxy had existed only in the place where Jonab or the Imam was an outsider. Such Imams have tried to create a divide by preaching segregation and not allowing the people to mix freely.