As India celebrates the 74th Republic Day, the political message from the Narendra Modi government is loud and clear – India has finally shed the remnants of its umbilical cord with the colonial era.

The colorful, powerful display of India’s might on 26th January marks the evolution of the country as a military powerhouse on the global stage; a proud amalgam of rich social and cultural strains. This year’s celebrations started on January 23 marking the birth anniversary of Netaji Subhash Chandra Bose and will culminate a week later on January 30 on Martyrs Day. As part of the week-long event, a Military tattoo and Tribal Dance festival was also organized. 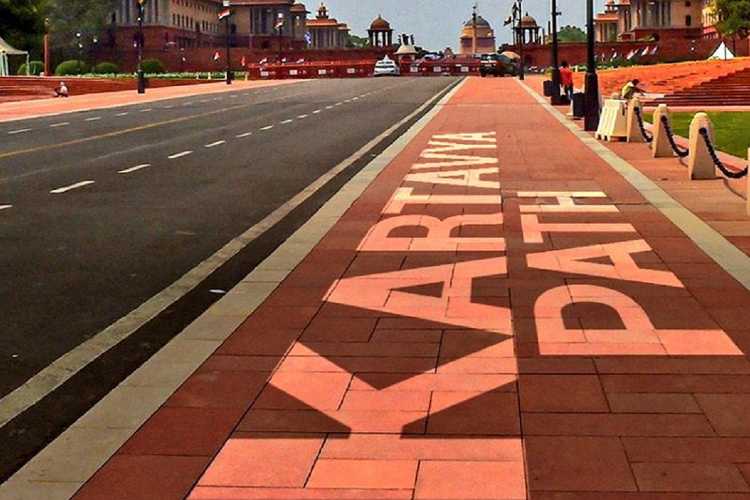 Contingents will march on 'Kartavya Path' for the first time

Here is a look at some significant firsts that mark this year’s Republic Day Parade:

As part of the government’s endeavor to rid India of colonial symbols, the traditional route the parade took from the Rashtrapati Bhawan to the India Gate was renovated and renamed from Rajpath (The Royal Path) to Kartavya Path (The path of Duty). It’s not mere change of name but of a mindset that values Duty to one’s nation than serving the elite.

This is the first time the marchers from the armed forces, state tableaus, traditional dancers, and other participants will pass through this revamped 2 km stretch. Kartavya path (the path of duty) is part of the ambitious Central Vista project that will soon house the country’s new parliament building. During the inauguration of the kartavya Path in September 2022, PM Modi unveiled a statue of Netaji Subhash Chandra Bose at the India Gate.

The common man is the VVIP at this year’s Republic Day parade.

This year’s R-Day theme is ‘Jan Bhagidari’ or the participation of the common people. Workers who worked on constructing the Kartavya Path and a select few street vendors, rickshaw pullers, milk vendors, and small grocery shopkeepers are special invitees to the parade. They will be given seats of prominence in front of the main dais during the parade. 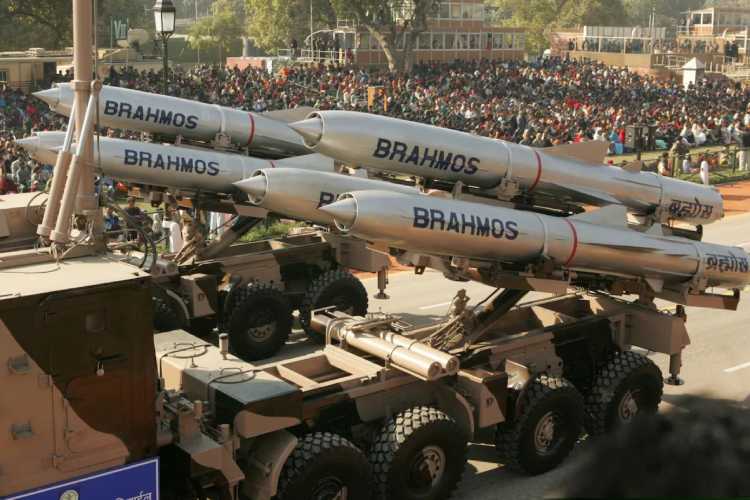 All the weapons that will be showcased at this year’s R-day parade are indigenously built. These include, the Vajra Howitzers, BrahMos missiles, Akash air-defence missiles and Quick Reaction Fighting vehicles. With the focus on ‘Atmanirbhar Bharat’ even the traditional artillery with 25-pounder guns that give the 21-gun salute will be replaced by 105-mm Indian field guns. 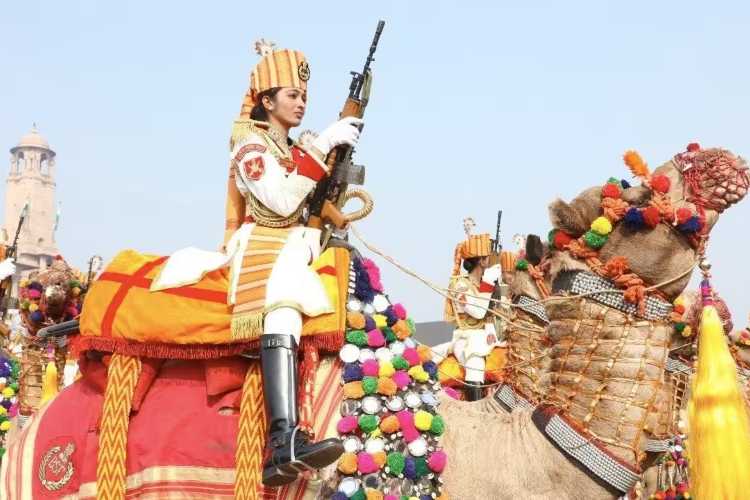 In a significant gesture towards women empowerment, women take an important place in this year’s parade. Apart from leading some of the marching contingents, they will also assist the President in unfurling the national flag. The BSF camel contingent that has been part of the Republic-day parades since 1976, will have an all-women team this time. Women officers will also lead the Naval and Air Force marching contingents. Importantly, women officers will be part of the Motorcycle Daredevils contingent.

Also showcasing the theme, will be 503 female dancers chosen from the Vande Bharatam dance competition held in New Delhi in December.

This Republic-Day, the country will witness the largest drone show ever. 3,500 indigenously built UAVs will be part of the event. They will tell stories of national figures and events through synchronisation over the skies at Raisina Hill. There will also be a 3-D anamorphic projection during the Beating the Retreat ceremony on January 29. 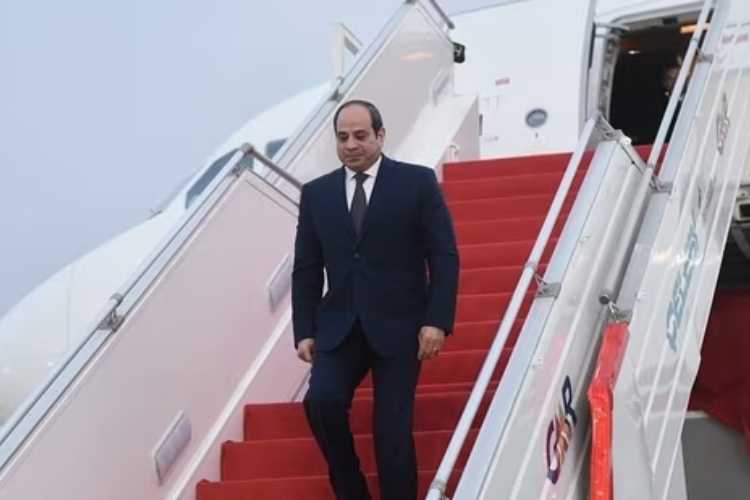 In a major outreach to the Arab world, India invited Egyptian President Abdel-Fattah-el-Sisi to be the chief guest at this year’s R-Day parade. Sisi is the first Egyptian head of state to be given this honour. Egypt is among the nine countries invited to participate at this year’s G-20 summit being chaired by India. This year also marks 75 years of diplomatic ties between the two countries.

Ladakh the frontal Union territory will showcase its unique culture and life of people in the national parade on Kartavya Path. This will be the first-ever tableaux of the Union territory which was carved out of the erstwhile Jammu and Kashmir state on August 5, 2019. The tableaux is curated by noted Kashmir-born artists Veer Munshi.