In winter many places across Ladakh see minus 20 temperatures. That doesn’t stop life as it’s time for Ladakhi people to play winter sports like ice hockey, ice skating, etc. To promote the culture of winter sports, the Rural Development Department has redesigned 24 existing water reservoirs, called Zing in Ladakhi, across Kargil. These reservoirs freeze in the sub-zero temperatures of winter and are sources of water in summer.

Executive Councillor of Ladakh Autonomous Hill Developmental Council, (LAHDC), Kargil, Punchok Tashi said the remodeling of the irrigation water reservoirs was done to make their use as ice hockey and ice skating rinks during the winters. “If more support is required for these indigenous rinks, LAHDC, Kargil is ready to arrange funds. We are focused on developing infrastructure to promote winter sports at the block level through various schemes. Departments such as District Youth Services and Sports (DYSS) and RDD are working actively at the grassroots.” 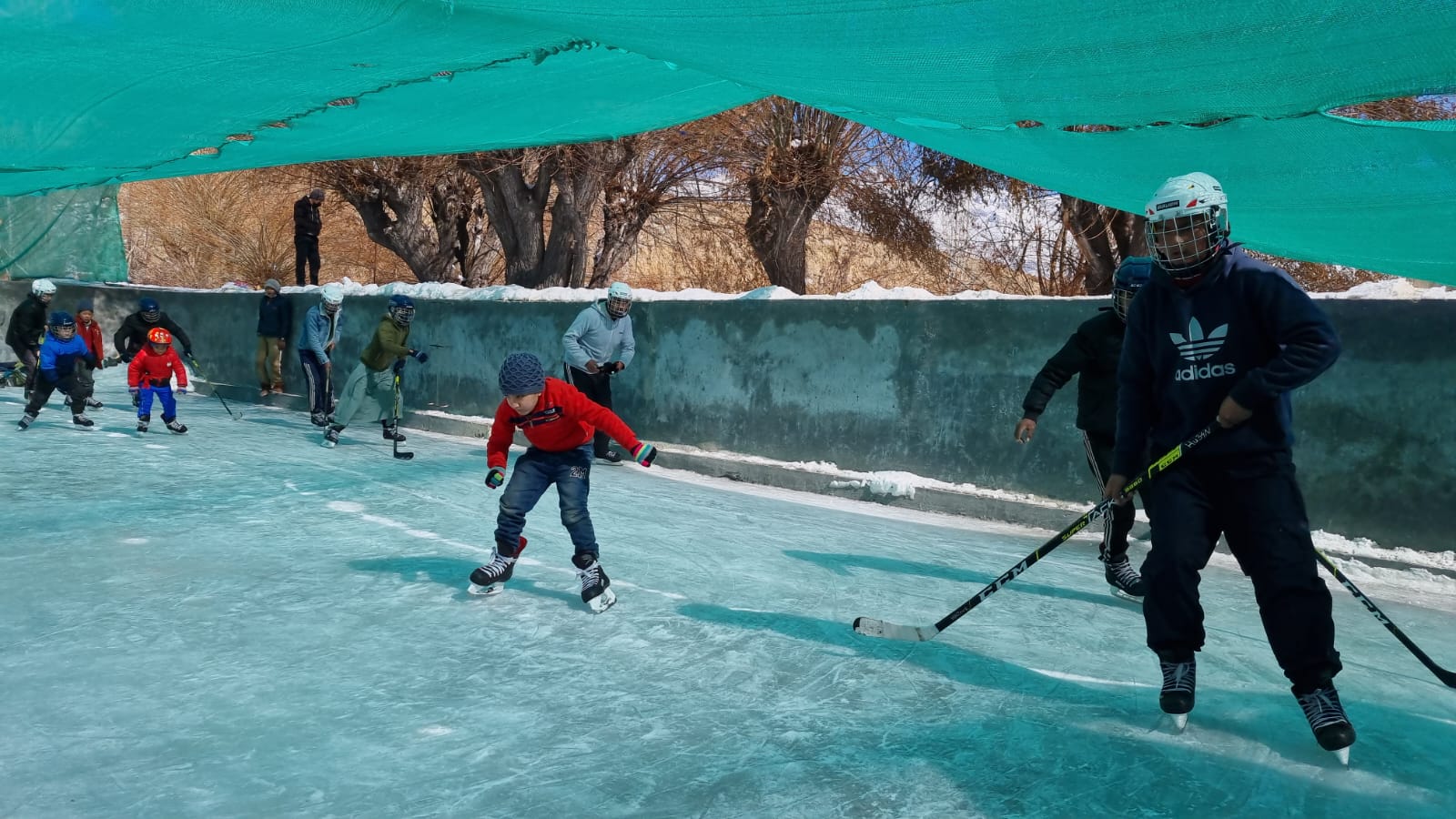 Young children skating on a rink made of frozen water reservior in Titichumik,Kargil

He said all the reservoirs that have been refashioned are already in use this year. “In addition, LAHDC, Kargil is trying to bring sports under its subsidy component so that players can buy expensive equipment needed for winter sports at a subsidized rate.”

Ever since Ladakh was carved out as a Union territory in 2019, the authorities have been promoting winter sports. The target is to create Ladakh as a powerhouse of ice hockey, ice skating, and other winter sports. 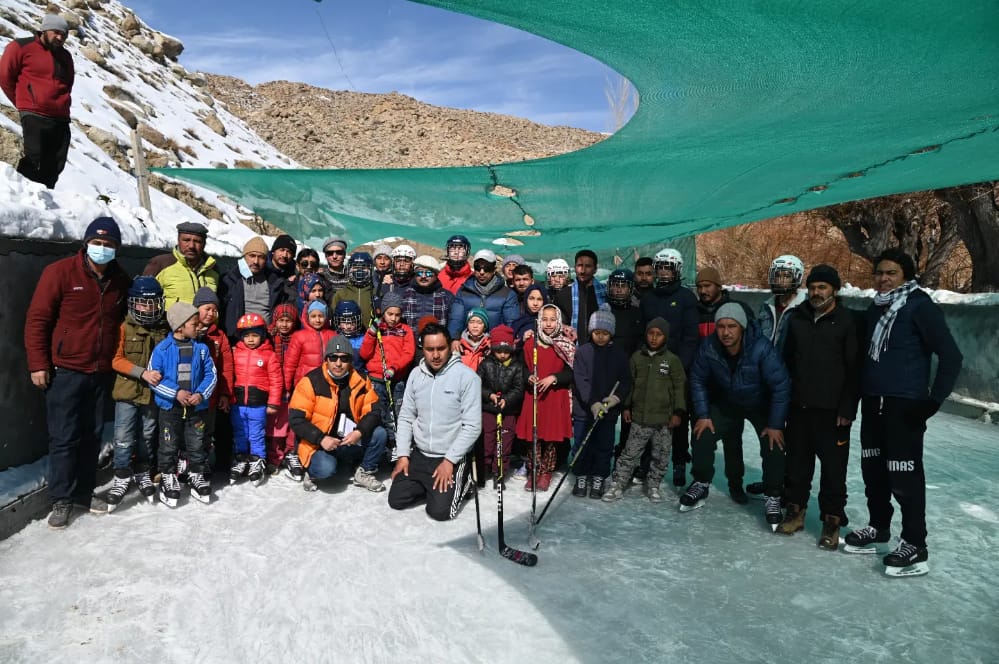 I visited the Titichumik Ice Hockey Rink, which was constructed under the SDP Scheme by the YSS Department, Kargil.

More than 50 children were busy practicing ice hockey on the rink. Local coach, Nazir Hussain expressed gratitude to the government for remodeling the reservoir to turn it into an ice hockey rink in the winter.

“I am also thankful to the Youth Service and Sports Department as they have provided us with ice hockey skates. Over the last few years, winter sports have become popular in Ladakh. Our athletes have been displaying extraordinary sporting skill and talent, and in the coming years, they would make a mark at national and international events.”