Zahid and Gautam rescue their 'paw friend' from the war zone Gautam with his 'paw friend'

In the current unprecedented times when there is an outcry in Ukraine due to Russian military action, it is becoming difficult to save lives amid the incessant bombing and shelling.

MoS Defence Ajay Bhatt interacted with the Indian nationals, after their arrival.#OperationGanga pic.twitter.com/NAFDSdnqPZ

Amidst such a situation, Zahid and Gautam, two medical students trapped in the war zone, did wonders as they tagged along their paw friends with them as well.Both of them rescued their pet cat and dog and brought them to India.

Zahid a 4th year medical student sais, "Neela is my angel, she's with me from past 6 months, she made our journey easier..we weren't stopped at any of the borders due to her"

I have brought my friend's dog with me from Ukraine. Many people who had dogs left them behind in Ukraine, but I brought back this dog along with me: Zahid, a student rescued from Ukraine, at Hindan airbase pic.twitter.com/bEslfEBI6L

It was possible for Gautam and Zahid to do this as the country's Air Force allowed them to tag them along. Air Force's C-17 Globemaster aircraft carrying Indians stranded in Ukraine landed at Hindon's in the wee hours on Thursday. 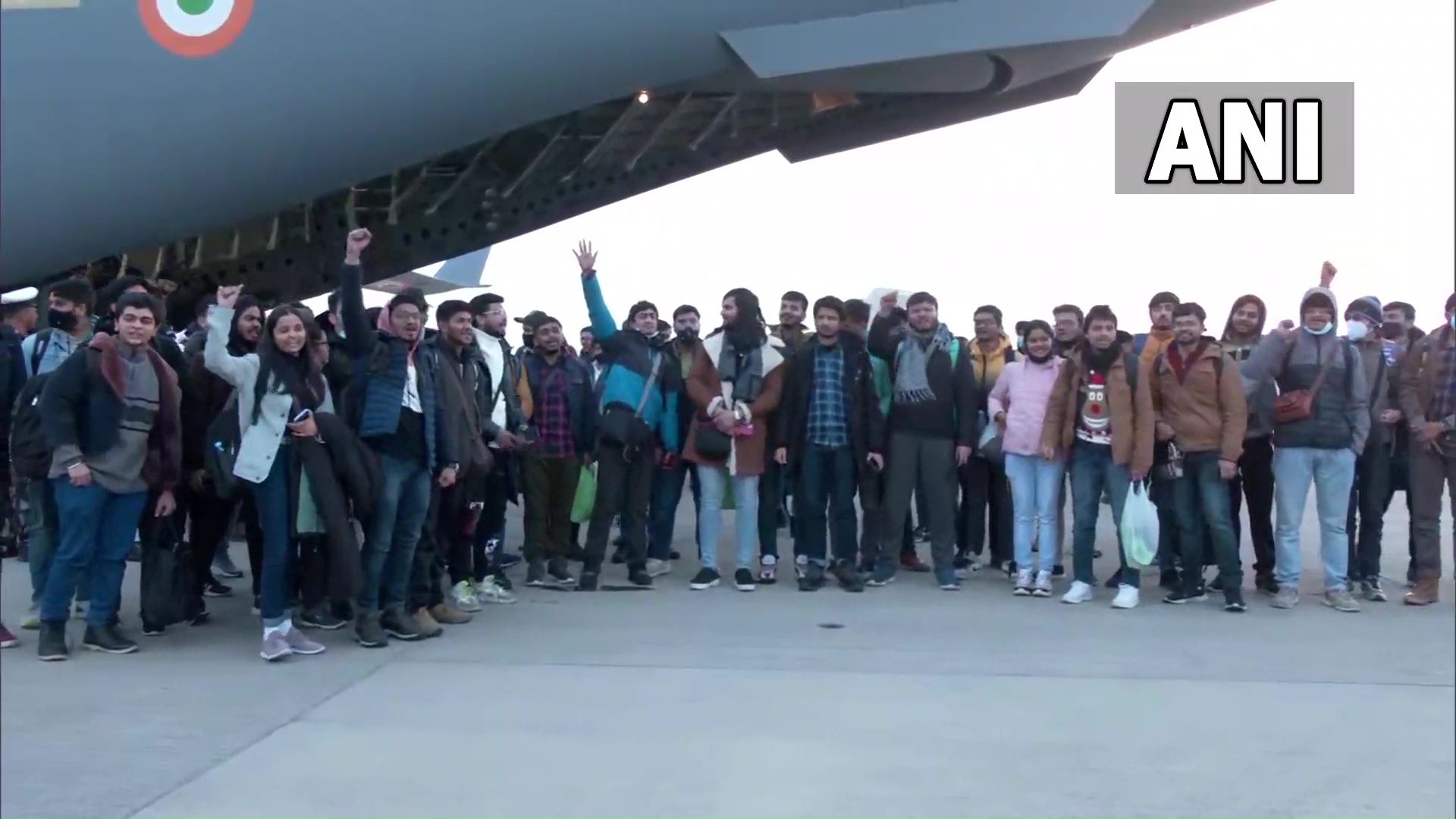 A total of 208 Indian nationals were rescued.

Gautam has also landed ot Hindon with a four-month-old cat. He says, “She was with me in the bunker as well, then we went to Poland together."

He also said that he'd rescued her from Kyiv with great difficulty and pulled it out of Ukraine.