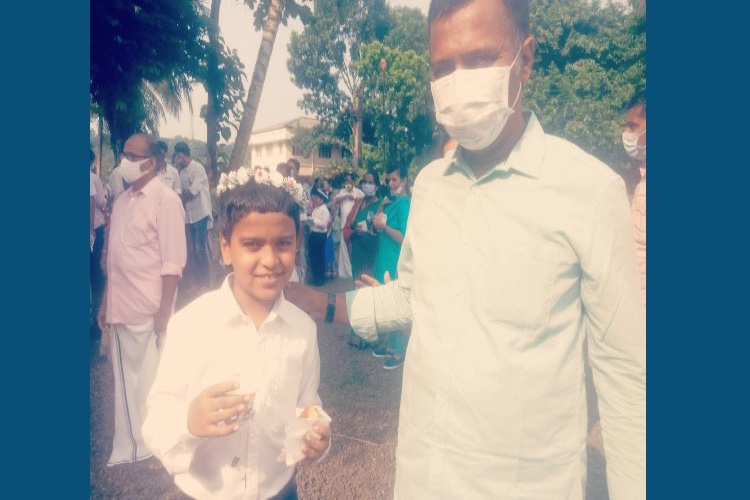 Josef Joseph, 10, was a happy child dressed in black and white formals as he left for his first holy communion with 70 other children that would be hosted in the local Church Saturday morning.

Prayers, celebrations, singing and blessings by priests and the other trappings of the sacrament that initiates Christian children into religion were over with a small Coffee-cake party when Fr Varghese Parinthirikal, the Vicar of St Dominic’s Cathedral at Kanjirapally called out the mothers and the children one by one for receiving a special gift – sapling of jackfruit. 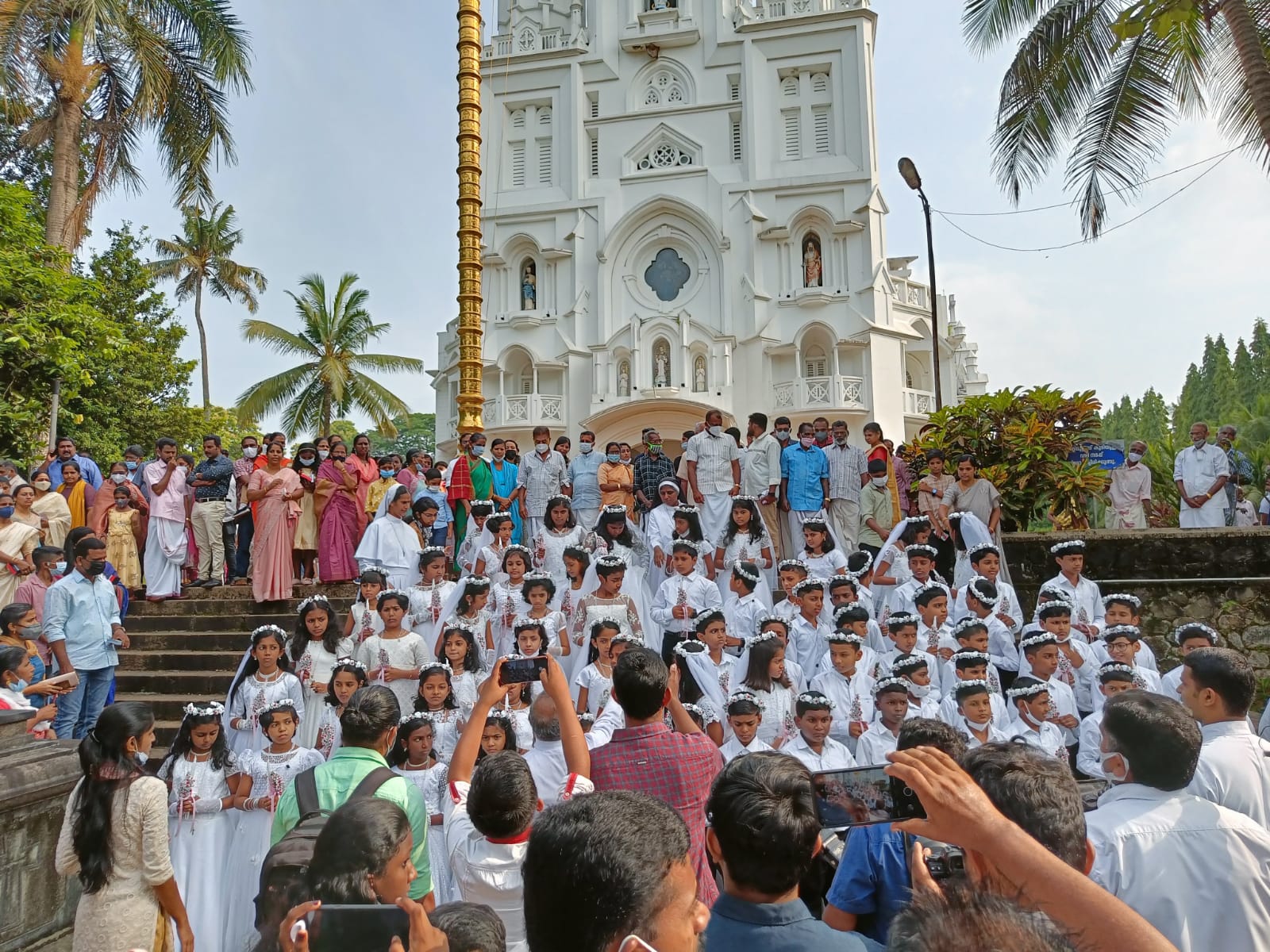 
The priest who became famous for training women of his parish to grow their vegetables at home to circumvent the chemical infused vegetables in the market, told the children to take care of the plant. He entrusted the mothers to oversee them.

Josef, a class sixth student told Awaz-the Voice that he would take care of the plant and water it regularly. “I will manage it without my mother’s help,” he said. His father Sachin Jose said there was nothing surprising in this gift as it was consistent with Father Varghese’s myriad initiatives to promote sustainable agriculture and chemical free food for locals.

The Priest had earlier trained women into raising their own vegetables without pesticides and with the homemade manure. He has since organised groups of farmers who have surplus produce not grown for commercial purposes under a society. Sachin said under Fr Varghese’s leadership, the group started with a whatsapp group through which they could sell their extra homegrown food with 5 km of Kanjirapally. 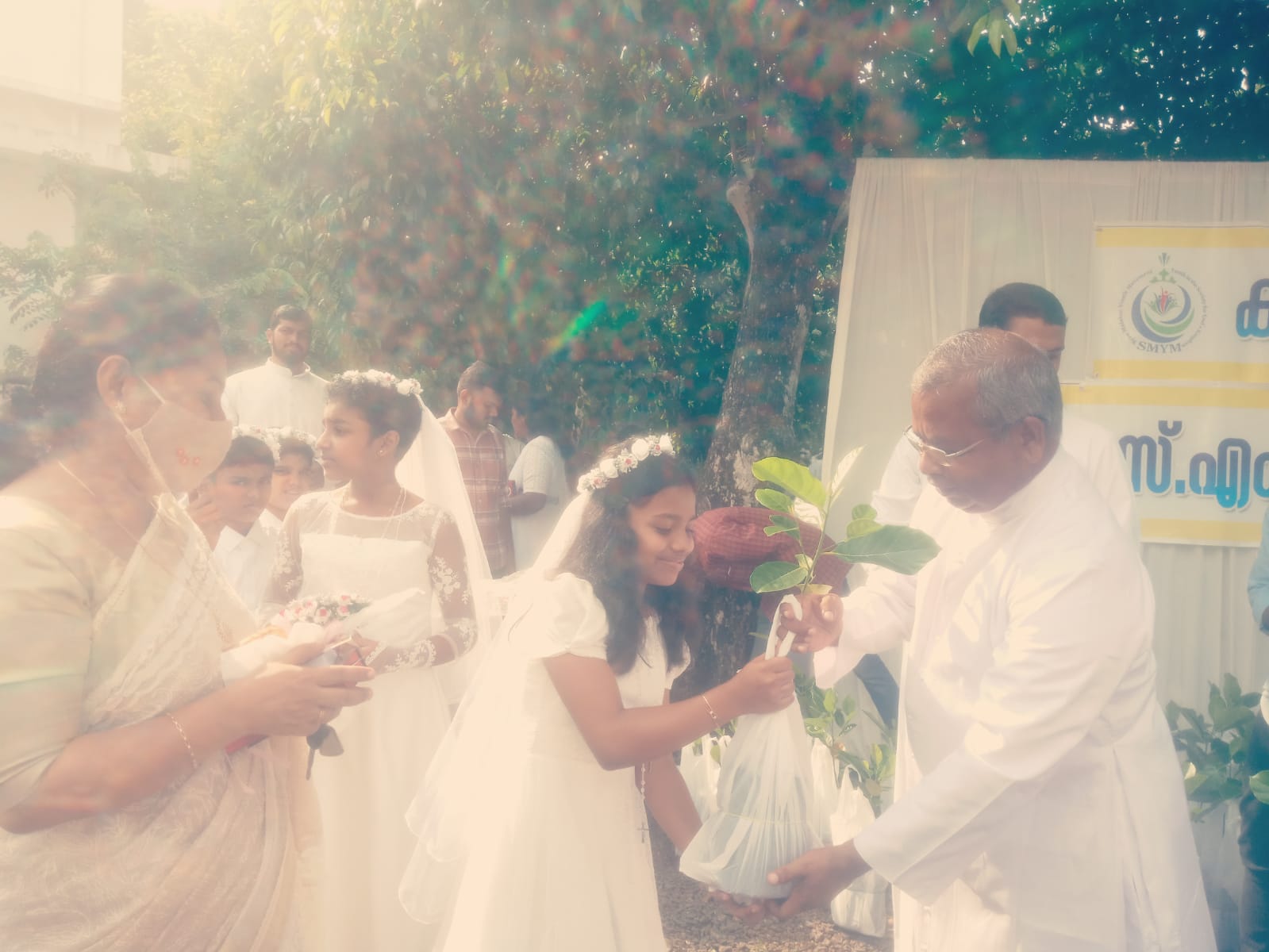 
Sachin, who teaches in an engineering college in Pala town, 25 kms for here, and also takes care of his farmland said through the whatsapp groups he can even sell two or one surplus coconut or a jackfruit. The idea is that the people must not waste the food as surplus and only eat the food that is not grown for commercial deals since such crops are raised with high amount of fertilizers and pesticides.

Kanjirapally is a village in Kottayam which grows highest per capita rubber in Kerala. Since rubber and other cash crops are lucrative, the farmers don’t care to grow vegetables for their personal consumption and most of fruits and veggies come from other states and are heavily laced with pesticides. 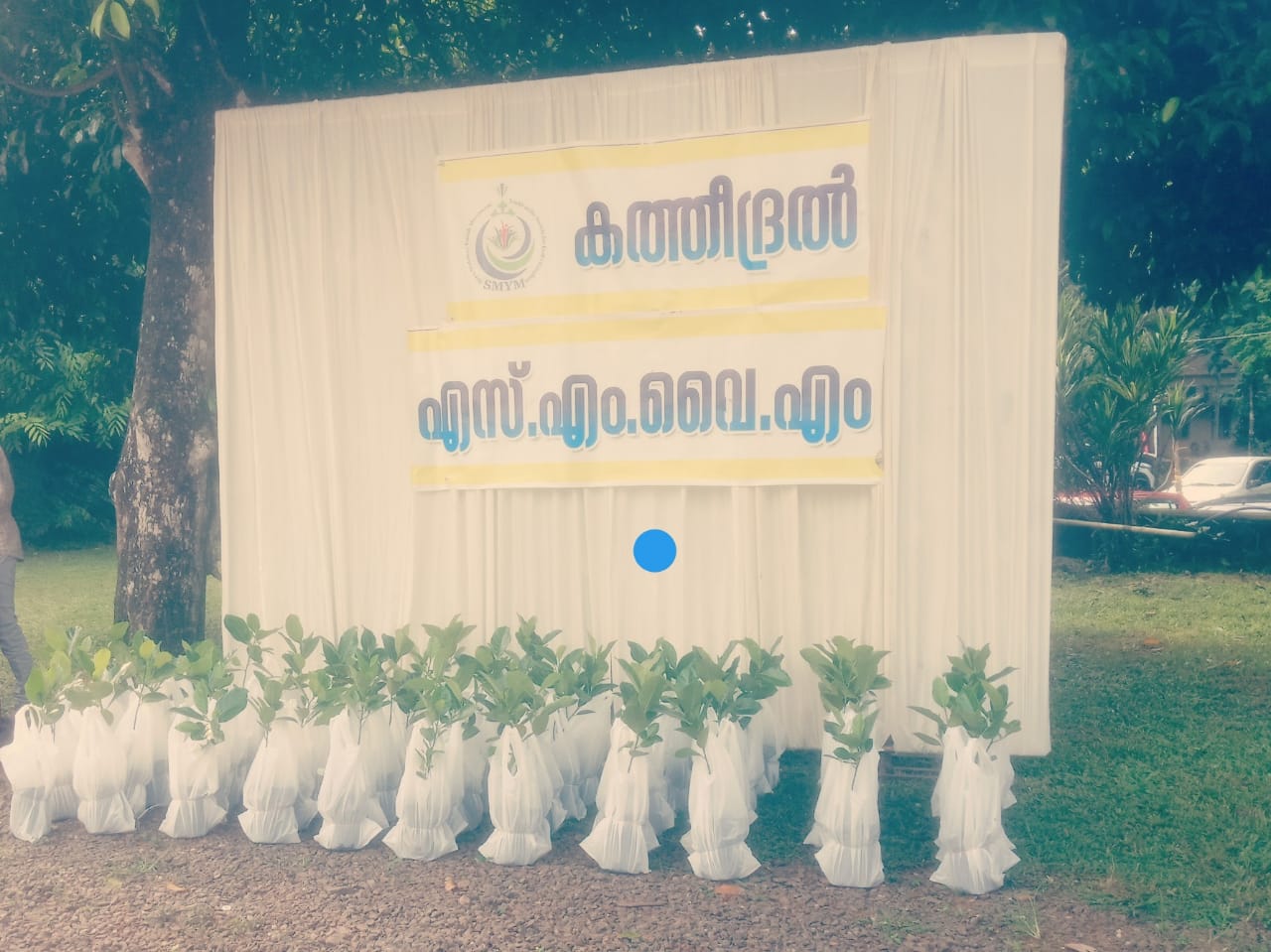 Saplings ready to be distributed

The society with Fr Varghese leads, is involved in developing currently an alternative to unhealthy foods using refined flours and oil available in market. The head priest is trying to develop a healthy substitute for many fast foods that are popular with children that have been proven to be harmful for health.

The scale of his experimentation on this project is a closely guarded secret. The society has also set up a Sunday market in which the producers strike barter deals of food – coconut, tapioca, pepper, ginger, cardamom, etc. The once-a-month Sunday market also sells homemade snacks, garden plants, pets., Rs 24000 labrodor, all vegetables.

“Recently a dog was sold for Rs 24,000, he said. Sachin, an office bearer of the Farmers society said they are thinking of introducing the sale of used articles and furniture, etc. at the market. “The idea behind it is to recycle everything and to encourage people to eat healthy food. The Father had chosen jackfruit for various reasons: it’s the new age superfood as its dried seeds are made into a flour and sold as “gluten free” flour that helps diabetics.

Also, Jackfruit is considered to be resistance to the impact of climate change and therefore a heavily useful tree. Jackfruit is being exported from Kerala and also mark