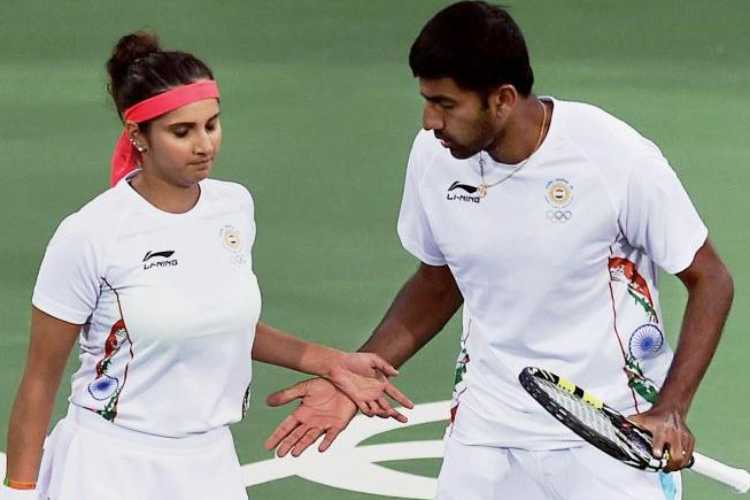 Ace Indians Sania Mirza and Rohan Bopanna on Tuesday marched through to the mixed doubles semifinals of the Australian Open after receiving a walkover in the quarterfinals from the Latvian-Spanish pair Jelena Ostapenko & David Vega Hernandez.

The Rio Olympic semifinalists on Monday defeated Japan's Makoto Ninomiya and Uruguay's Ariel Behar 6-4, 7-6 (11-9) in their second-round match to set up a quarterfinal clash with Ostapenko and Hernandez. The Indian duo had earlier beaten Australia's Jaimee Fourlis and Luke Saville in the first round.

Sania is playing her last major as the six-time Grand Slam champion and earlier this month announced that she will retire from professional tennis at Dubai Tennis Championships, a WTA 1000 event, which begins on February 19.

Sania has six major titles in doubles discipline - three in women's doubles and as many as in mixed doubles - with her maiden triumph coming in 2009 when she partnered Mahesh Bhupathi to clinch the Australian Open mixed doubles title.