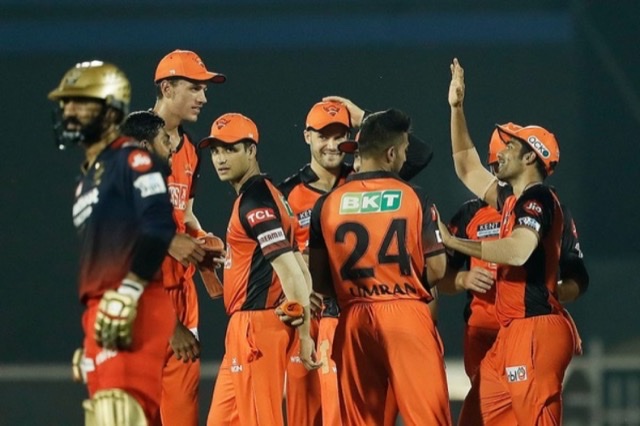 Marco Jansen and T Natarajan bagged three wickets each to bundle out RCB for 68 runs and pave way for a comprehensive win for SRH. "The guys bowled beautifully and we caught well. It was an outstanding performance, but for us it's about looking forward to the next challenge.

The ball is swinging a lot more this season, so we have been taking wickets in the powerplay," said Kane Williamson in a post-match presentation. "He (Jansen) is always up for a laugh off the field, but he is very focused. He has got the skills to do that, he is a real treat for us. You want to do as well as you can. There was a bit of chat with him, he (Abhishek) has been timing the ball brilliantly. There are a few challenges coming up ahead, so need to be focused," he added.

Coming to the match, chasing a paltry 69-run target started off steadily as openers Kane Williamson and Abhishek Sharma ensured that their team did not lose any early wicket. Skipper Williamson was happy to play a sheet anchor role and allowed Abhishek Sharma to attack from the other end as the 2016 champions crossed the 50-run mark in 5.5 overs.

Harshal Patel finally broke the 64-run partnership dismissing Abhishek Sharma for 47 but it was too little too late for RCB as Hyderabad chased down the 69-run target in just 8 overs winning the match by nine wickets.