Cop who fought Taliban for 18 hours says enemy is weak 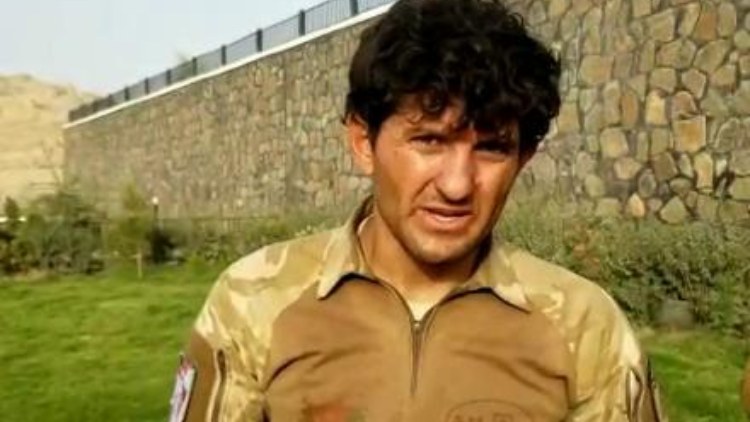 An Afghan police officer, Ahmad Shah, fought the Taliban alone for 18 hours in the southern province of Kandahar and said that the Taliban are undertaking a massive propaganda campaign about the military offensives to demoralize the Afghan security forces.

Ahmad Shah and 14 other policemen were deployed at a checkpoint in the suburbs of Kandahar city when the Taliban attacked them. Ahmad Shah, who was wounded, did not surrender and resisted the Taliban for 18 hours.

According to Tolo News , Ahmad Shah was rescued after reinforcements were sent to the area. He is now in stable condition.

“I did not surrender, I did not lay down my arms and I fought back,” said Ahmad Shah.

Ahmad Shah says that war needs determination and firmness for victory to be achieved.

“The enemy is very weak. They want to frighten us through their propaganda. I learned that no one should fear the enemy in real life,” added Ahmad Shah.

“Afghanistan is a sovereign country, it has an independent army and a sovereign system, it has a Constitution, we are the guardians of the Islamic Republic of Afghanistan,” said Fazel Mohammad Daudzai, a member of the Afghan Special Forces.

In last 24 hours, Afghanistan’s 20 out of 34 provinces have been embroiled in fighting between the Taliban and the Afghn Forces. After claiming that they won’t attack the cities, the Taliban launched attacks on Ghazni and Lashkargah cities in southern Afghanistan.

Also according to  Ajmal Omar Shinwari, a spokesman to ANDSF, “1369 (Taliban) fighters were killed during recent operations including their key commanders and intelligence officials in 24 hours.”

“There is heavy fighting in Spin Boldak, only a few parts of the district remain, all checkpoints have collapsed,” said Qudratullah, a resident in Spin Boldak.

“Kandahar city has faced lots of damage due to security issues, many people were displaced from their homes,” said Niaz Mohammad, a resident in Kandahar.

There are also reports that a girls school was torched in the Haidar Abad area of Ghazni city. The Taliban has rejected involvement.

“We witnessed the torching of the school in Haidar Abad which is only 3 kilometers away from the governor’s office, this situation is not bearable to the people of Ghazni,” said Naseer Faqiri, the head of Ghazni's provincial council.

In Baghlan province local people have taken arms in support of Afghan security forces to fight the Taliban.

“Fighting was going on in the road leading to Imam Sahib district and in the outskirts of Kunduz city,” said Mohammad Yousuf Ayoubi, the head of the Kunduz provincial council.