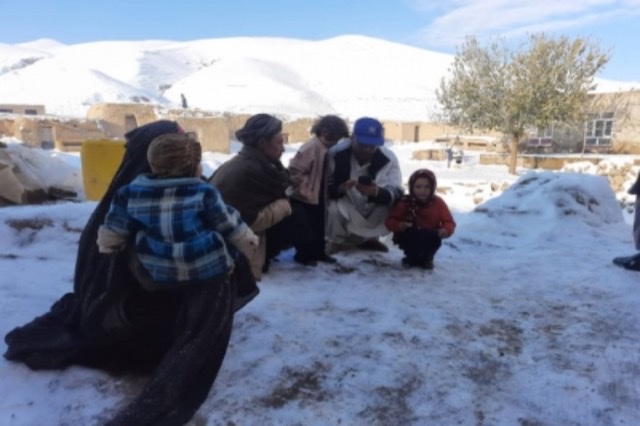 The International Organization for Migration (IOM) has expressed serious concerns over the massive number of displaced people in Afghanistan, saying that there were "664,000 newly displaced by the conflict in 2021" and the ongoing humanitarian crisis.

In a statement, the UN agency said: "There are now an estimated 5.5 million Internally Displaced Persons (IDP) in Afghanistan, including those living in protracted situations, and 664,000 newly displaced by conflict in 2021.

Afghanistan is going through a severe humanitarian crisis, and many world countries and humanitarian organisations have voiced their concerns but there has yet to be a substantial amount of aid provided, reports TOLO News.

Narmi, a mother of five children and one of hundreds of thousands of displaced Afghans who are struggling with difficult conditions, said: "Life is passing. The government didn't help me. We don't have food at home." "We have left our homes due to war and poverty. I am working to find food," Mohammad Afzal, another displaced person, told TOLO News.

Meanwhile, the Taliban-led government's Ministry of Refugees and Repatriation said it has been trying to gain more humanitarian assistance from international donors to support the displaced people.

The Ministry said that it has launched a nationwide distribution of aid to the displaced people. However, a former media officer for a UN office in Afghanistan said: "We are in a condition that both the international organisations and the Afghan government are incapable of solving."