Katrina-Vicky wedding is happening in a renovated Fort While Udaipur and Jodhpur have been favourite haunts of the rich Indians for a destination wedding, Bollywood superstars Katrina Kaif and Vicky Kaushal’s choice of a nondescript yet historic Rajasthan village for their nuptials has brought this hitherto unexplored region of the State into focus. Katrina Kaif and Vicky Kaushal are get married amidst family and close friends in the Six Senses Fort, a heritage resort, at Chauth ka Barwara, a village that can be reached in two hours from Jaipur and is located in the Sawai Madhopur district.

The villagers are happy about the fame their abode is getting due to the wedding of Katrina Kaif and Vicky Kaushal and see the event open their region to tourists and resultant economic prosperity. 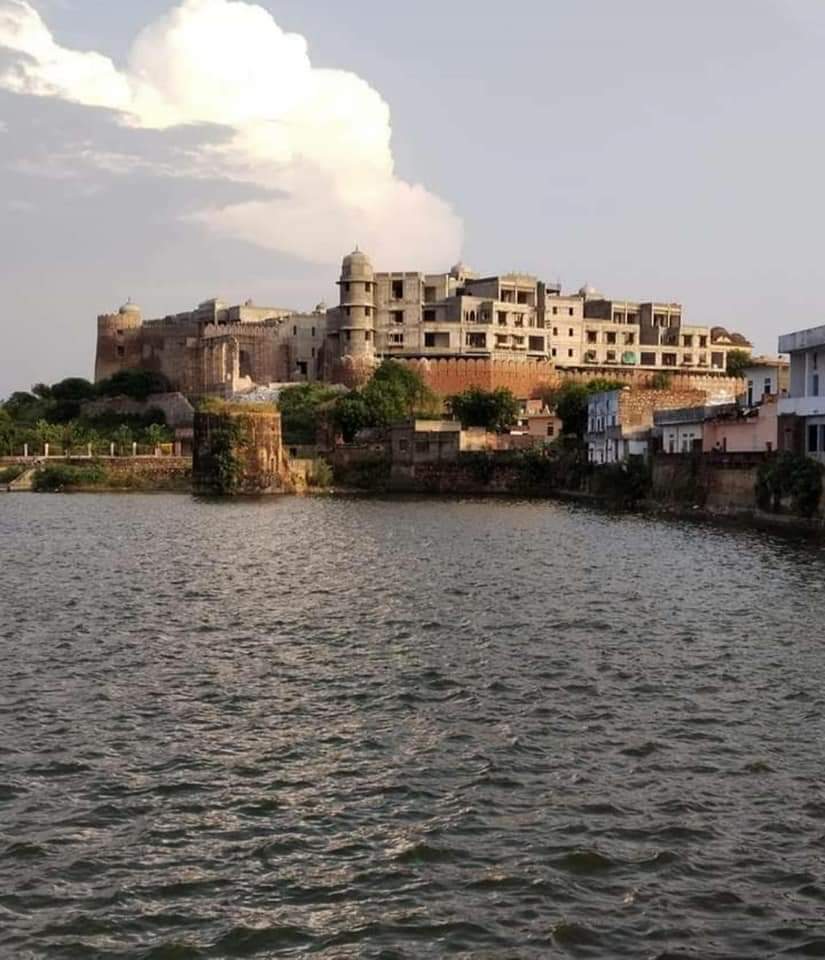 The southeast region of Rajasthan was a prosperous region in the pre-independence era when Kings and feudal rulers took care of people. In a democratic India, as the feudal and Kings lost their positions, the local villagers – mostly the Meena and Gurjar tribes – were left on their own; the Kings and rulers were ousted and their forts continued to degenerate and some are in ruins.
Likewise, the fort at Chauth Ka Barwara was also in ruins till its owner Rajkunwar Prithviraj Singh converted it into a resort in collaboration with an international hospitality group. 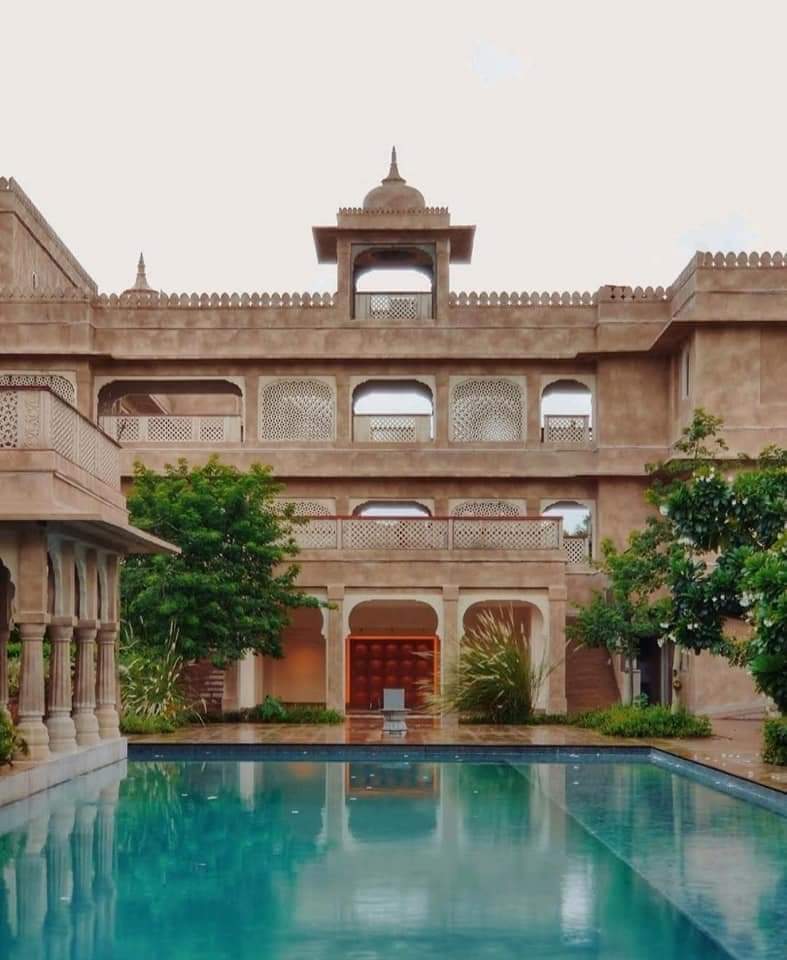 The Pond inside the Fort Palace

The global group Six Senses fell for the Fort mainly due to its location –it’s located 22 lm from Sawai Madhopur railway station on the Delhi-Mumbai railway and is a two-hour drive from Jaipur. The village lay close to the famous Ranthabbhor Wildlife Sanctuary.
Most importantly, Katrina and Vicky Kaushal will get married on December 9 in picturesque settings of a village that is verdant and surrounded by the majestic Aravallis.
After this high-profile wedding, Chauth ka Barwara is expected to get tourists interested in rock climbing, nature lovers, and history and heritage enthusiasts.
The fort in which Katrina Kaif and Vicky Kaushal will get married this week was built by Raja Bhim SIing Chauhan in 1451. Later the King and Queen palaces were built by the Rathora and hada clans. in 1730, Raja Rattan Singh built a wall around the village to take care of the security of the people and the fort. Sharif Ahmed, who is a well-known Hindi and history teacher, Bhim Singh was an intelligent and efficient ruler. He chose the hill that would receive all the rainwater for building his fort. The water percolated to this spot and was stored in a tank that continues to be part of the majestic renovated fort palace resort, the venue of the Katrina kaif-Vicky Kaushal wedding.
Chauth ka Barwara is however famous for the Chauth Matta ka Mandir, dedicated to the deity of the Meena tribe. Sources say that Katrina Kaif and Vicky Kaushal will also visit the temple to seek the blessings of Chauth Matta.
Also read: Abdul Hanif Zaidi: glorious 50 years of photography

Legend has it that Chaur Devi (Goddess) had emerged from a pyre to kill Darood Bhairon, the tormentor of the Meena people. The locals took her as their deity and installed her statue in the temple. Interestingly, the statue had done missing and was found by King Bhim Singh Chauhan and he brought it to his village.

Locals believe they became prosperous after Bhim Singh Chauhan brought the statue to Barwara 700 years ago and also renamed the village as Chauth Ka Barwara. He constructed the temple close to the hill on which lay his fort. Sharif Ahmed says the installation of the statue was probably on the fourth day Chaturthi of the month of Magh since each year on this day, a festival is organized here. People from far and wide travel to the temple to seek the blessings of Chauth Mata.

Deependra Singh Amera, local journalist told Awaz the voice that Chauth Mata is to be a goddess of good fortune. He says the locals expect the Bollywood star couple Katrina Kaif and Vicky Kaushal to seek blessings of the Goddess as a way to connect with the people and the ethos of the place that they choose to get married on.