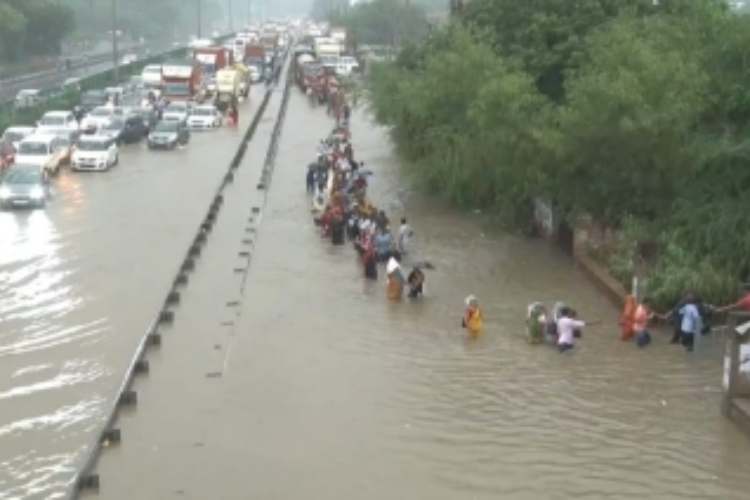 In view of the heavy rainfall that pounded Gurugram on Thursday and given the forecast of more rainfall on Friday, the District Disaster Management Authority has issued an advisory to private institutions and corporate offices to guide their employees to work from home to avoid traffic congestion on roads.

Also, all private educational institutions have been advised to close schools/colleges on Friday.

"This will also help the civic agencies take up dewatering and repair works expeditiously," read the advisory.

Around 105 mm rainfall was recorded in Gurugram and Manesar on Thursday, which caused heavy waterlogging on the Delhi-Jaipur Expressway.

Major traffic congestion was reported from Narsinghpur Chowk towards Rajiv Chowk on the Expressway during late night hours. Vehicles were in queue for several kilometres due to waterlogging at different points on the Expressway.