Only genuine Islamic system can lead to Afghan peace: Taliban 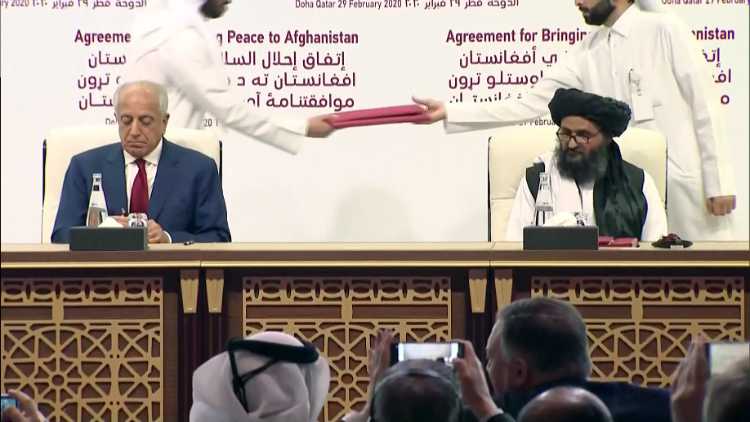 Amid the unrelenting violence in Afghanistan, the Taliban has said it remains committed to peace talks and wants a "genuine Islamic system" that would make provisions for women's rights in line with cultural traditions and religious rules, in the war-torn country.

The statement amid a dramatic surge in violence around the country ahead of the withdrawal of US troops by the September 11 deadline, Turkish public broadcaster (TRT) reported. Taliban has increased its spring offensive and attempted to siege more areas. "We understand that the world and Afghans have queries and questions about the form of the system to be established following the withdrawal of foreign troops," said Mullah Abdul Ghani Baradar, the head of the Taliban's political office, in the statement.

"A genuine Islamic system is the best means for solution of all issues of the Afghans," he said. "Our very participation in the negotiations and its support on our part indicates openly that we believe in resolving issues through (mutual) understanding."

Ghani added that women and minorities would be protected under the religion of Islam and traditions of the Afghan society.

"We take it on ourselves as a commitment to accommodate all rights of citizens of our country, whether they are male or female, in the light of the rules of the glorious religion of Islam and the noble traditions of the Afghan society," he said.

Meanwhile, the Afghan government has appointed two new key security ministers amid growing insurgency and conflicts in the war-torn country.

"In accordance with separate decrees from the Presidential Office, General Bismillah Khan Mohammadi has been appointed as acting Minister of Defense and General Abdul Satar Mirzakwal as acting Interior Minister," the Administrative Office of the Presidential Palace said in a statement on Saturday.

The changes in security positions came after increasing violence in Afghanistan since the start of the US-led forces pull out from Afghanistan on May 1.

Taliban has claimed to capture more than 40 districts over the past month. According to Taliban spokesman Zabihullah Mujahid, five districts have been overrun by the militant group just over the past week.

Afghan Security officials, without confirming the fall of districts, said: "the government forces have made tactical retreat" and would soon launch counter-attacks to regain the districts.