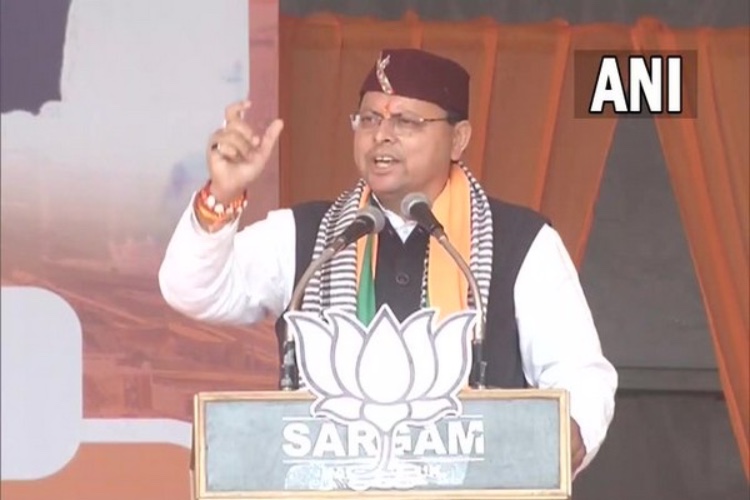 Uttarakhand Chief Minister Pushkar Singh Dhami on Saturday said that strict laws on matters of love jihad will be brought if voted to power to the state in the upcoming Uttarakhand elections.

The Chief Minister lauded the role of the Centre during the COVID-19 pandemic and hoped for winning another term in the state. "The government has provided free vaccines to people in India during the COVID-19 crisis. BJP is doing the work of development whereas the Congress party wants to construct a Muslim University here. We need to oppose this move. We have to bloom lotus in Uttarakhand," Dhami in Rudrapur said today.

The stage is set for Assembly elections in Uttarakhand as campaigning in the state came to an end on Saturday. The states will go to Assembly polls in a single phase on February 14 and the counting of votes will take place on March 10.