Arif Mohammad Khan (Twitter)
Ehsan Fazili/Srinagar
Mohammad Arif  Khan an Alpine Skiing athlete from Gulmarg in north Kashmir, who is the first athlete from India to be selected for the Beijing Winter Olympics to be held in February, has been allocated Rs 17.46 lakh by the Ministry of Sports for his training for the global games.
An amount of  Rs 17.46 Lakh under the Target Olympic Podium Scheme (TOPS) has been approved for Khan’s training in Europe and procurement of equipment for Beijing. This allocation is finalized by the Target Olympic Podium Scheme (TOPS) Core group of the Sports Ministry’s Mission Olympic Cell (MOC).
Earlier Jammu and Kashmir Lieutenant Governor Manoj Sinha had earlier sanctioned Rs 10 Lakhs in favour of Arif Khan for undergoing advanced training.
The allocation for Khan comes as he is training in Austria and is accompanied by his coach and a Physiotherapist. Khan, a resident of Gulmarg town in north Kashmir, would take part in the Slalom and Giant Slalom events of the Winter Olympics.
Besides Khan the Jammu-based golfer Subhankar Sharma has also been included in the TOPS Development Group.

The Mission Olympic Cell (MOC) also approved the 35-day European training camp for Arif, which commences from the day of his qualifying for the Winter Olympics. He confirmed his slot in the Beijing Winter Olympics in the giant slalom during a competition in Montenegro in December last year.

A month earlier, he earned the slot in the Slalom event as well. With this feat, Khan achieved the unique distinction of becoming the first Indian to win direct quota spots in two different Winter Olympics events, besides being the first athlete from the country to seal a berth at the Winter Olympic games 2022.

Khan had won two gold medals, in the Slalom and Giant Slalom events, at the South Asian Winter Games, held in Uttarakhand in 2011. Earlier he had participated in both the editions of the Khelo India Winter Games held in Gulmarg J&K. 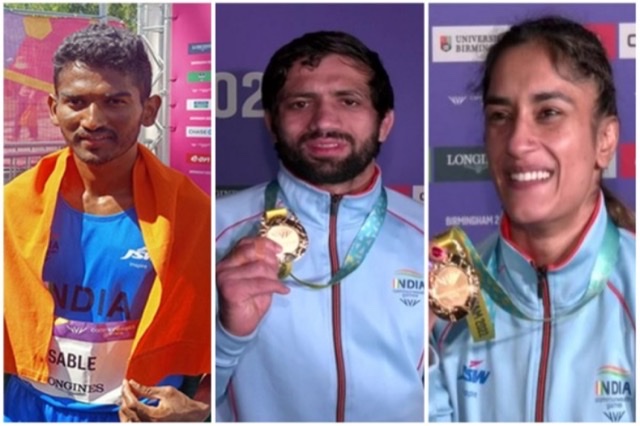