People offering Namaz in a heritage mosque in Srinagar

After two years of low-key Ramazan festivities due to the Covid pandemic, Iftar parties and small gatherings for Iftar (evening fast-breaking meal) are being organized at some restaurants here to keep the traditions, spirit, and religious fervor of the Holy month intact. The hustle bustle of the markets has returned and mosques, khankahs and shrines are abuzz with the activities.

As political parties are nearly absent on the scene since the abrogation of special status and splitting of the erstwhile State, there are hardly any official Iftar parties being held. However, the tradition of Saher Khwans waking up people for Sehri continues across the valley.

To add to the month’s festive mood, an Iftar party was organized by J&K Sports Council at synthetic turf Polo Ground after a football match here on April 12. Several people including the football players, employees of the Sports Council, and other people from different religions like Pandits and Sikhs participated in it.

Nuzhat Gul, Secretary, J&K Sports Council, said the party was organized in collaboration with an NGO and attended by men, women, children, young, and the old. The participants appreciated the conduct of the party, conveying a message of the traditional unity and brotherhood of Kashmir. They also prayed for peace and prosperity not only in the valley but the world.

Members of Pandit and Sikh communities drawn from different parts of the valley waited for Azan (call for prayers) for those keeping “Roza” to break the Ramazan fast at the dusk.

Apart from traditional dates and the ever favourite basil-seed (Babribeyol) milk and rose water drink with seasonal fresh fruits foods to break the fast in most Kashmiri homes, many restaurants this time are offering special Ramzan menus.

The people generally break the fast at home before going to offer Maghrib prayers at the nearby mosques. 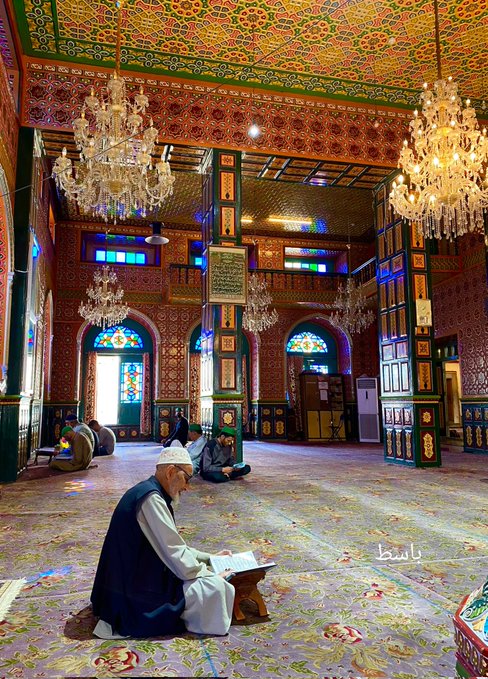 Prayers inside a Srinagar mosque

Keeping up with the rising trend of fast foods, some of the restaurants in Srinagar are offering complete meals with Iftari refreshments and mixed fruit dates being a common ingredient. “We give them (restaurants) a list of food combos they can prepare to serve clients for breaking the fast,” said Omar Rather, food blogger of “Kashmirfoodgram” fame, at Black Bear Brew, Hyderpora.

“They (hoteliers) want us to give the ideas”, he told Awaz-the voice. The trend of Iftar at these eateries, though initiated last year and had remained a low key affair due to the Covid protocol, is in practice fully since the beginning of Ramazan on April 3.

One of these eateries, Café Ababeel in Wazir Bagh, according to Omar, offers a platter of complete evening meals for Rs 999, which includes mutton korma, and biryani, paratha, kulcha, with a platter of Sharbat and dessert. A platter for two persons for Rs 1899 has among other things chicken, mutton, biryani, or nihari.

Non-Kashmiri cuisine like Biryani and Nihari has been added to the platters with changing tastes among the youth, who mostly prefer these eateries at times during Ramazan. The Café offering the food since the beginning of Ramazan has only the dine-in facilities and no contact delivery. 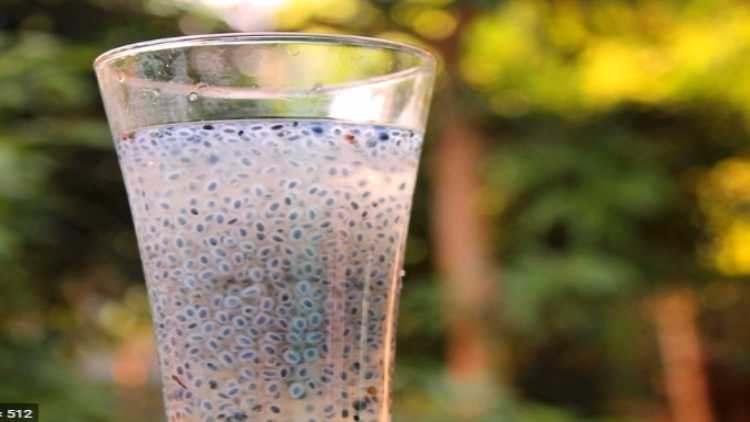 Yet another old Café, 14th Avenue, having outlets at three places in the city, offers “Iftari Platter” for Rs 999 with rice, chicken, in addition to chicken shorba, fruit salad, and dates.

These new varieties of foods offered with the basic ideas from the food blogger have been attracting the attention of the people within the city, the people having a taste of both “Purani Dilli ''and Mughalai foods.

At the same time, the traditional practice of drum beating by a Saher Khwan, to wake up people and prepare for Sehri (pre-dawn meal) before offering Fajr (morning) prayers is alive across Kashmir.