Help has come for a specially-abled Kashmiri boy who had been walking four kilometers to and from his school on his one leg and is looking for help to get a prosthetic limb so that he could live a normal life and pursue his dreams.
Parvaiz, 14, had lost his one leg in a fire accident in his house in Handwara, an small town in north Kashmir when he was just a toddler. Son of a farmer, Ghulam Mohamad Hajjam, he had been given a wheelchair by the social welfare department of the J&K government. However, that was of no use to him since the roads in the town and to his school are in a dilapidated condition. 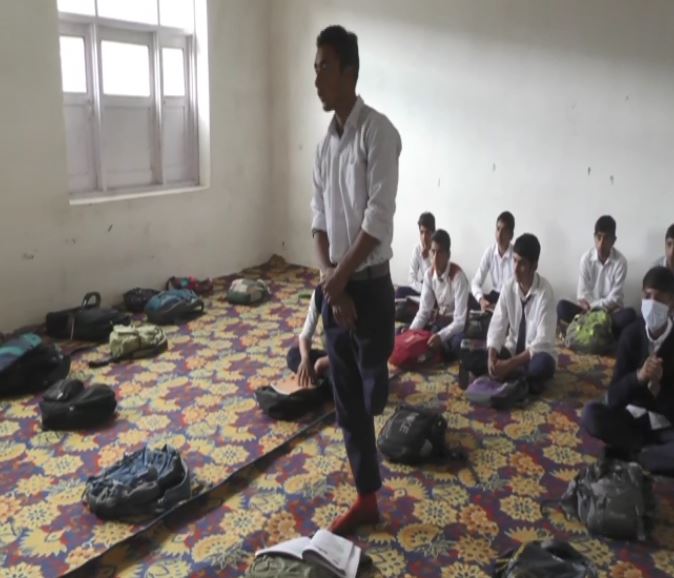 Parvaiz in the classroom
He told Asia News International (ANI) that he wants someone to help him get an artificial limb so that he could walk normally and become a doctor.
Hajjam said he was told that he would need Rs three lakhs to get an artificial leg for his son. "I am a poor man and can afford only Rs 50,000," he said.
The ninth standard student of high school Nowgam, Parvaiz said,” He too wants to do everything like normal children.”As soon as the story was posted on Twitter, Prem Bhandari, the Chairman of the Mahavir Viklang Trust, commonly known as Jaipur Foot, offered to help Parvaiz.
Prem Bhandari wrote in reply to the story: “As soon as I read ANI's tweet I decided to contact the family. I will provide an artificial limb to Parvaiz free of cost.” 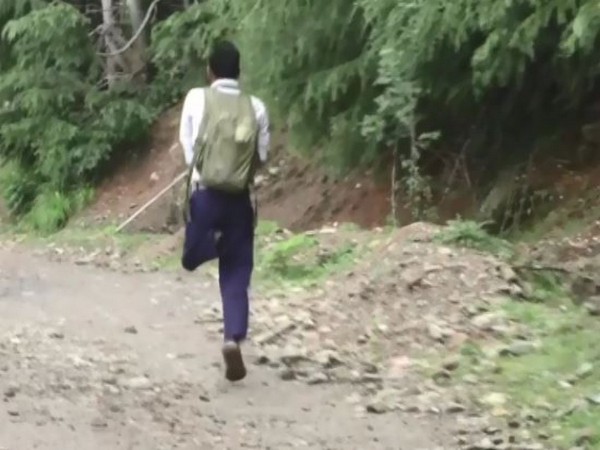 Parvaiz on way to school
Bhandari, member of the executive committee of the Mahavir Viklang Sahayta Trust told Awaz-the voice from Jaipur that their organization has been conducting camps in the border areas of Kashmir for the past two years with the help and support of the Indian Army.
He claimed that so far the NGO has distributed 700 prosthetic limbs in Kashmir.
ANI posted this video on Paraiz's journey to and from school on Twitter:

#WATCH| Specially-abled boy walks to school on one leg to pursue his dreams in J&K's Handwara. He has to cover a distance of 2km while balancing on a one leg

Roads are not good. If I get an artificial limb,I can walk. I have a dream to achieve something in my life, Parvaiz said pic.twitter.com/yan7KC0Yd3

His teachers said Parvaiz was a good and hardworking student and if he gets a limb he would be able to become very successful in life.